Our leaders are at the familiar business of selling false hope again.

From Addis Ababa, where Nkrumah’s dream of a united, vibrant and growing Africa was killed, Paul Kagame took on the mantle of AU leadership on Sunday, January 28th. The rhetoric was painfully familiar.

Kagame said, ” No country or region can manage on its own. We have to be functional and we have to stay together”.

Half a century earlier, Nkrumah declared, “Our objective is African union now. There is no time to waste. We must unite now or perish”.

Kagame invoked technology, stating, ” Technology has evolved so rapidly in recent years, that Africa’s window to follow that strategy is narrowing much more rapidly than previously understood. ”

Five decades earlier, Nkrumah stirringly called Africa to the promise of technology by declaring, “It is within the possibility of science and technology to make even the Sahara bloom into a vast field with verdant vegetation for agricultural and industrial development. ”

Nkrumah closed with the the defining summons to Africans, for all time, ” We meet here today not as Ghanaians, Guineans, Egyptians, Algerians, Moroccans, Malians, Liberians, Congolese or Nigerians, but as Africans.”

Since Nkrumah spoke, we have not lost in our leaders just eloquence– we have lost vision and leadership.

We needed the West to solve the crisis in Mali and to establish South Sudan.

We gave Gadafi up to the West with Nigeria, South Africa and Gabon all voting to support the U.N. “no-fly” zone that was the prelude to his murder, despite his role in founding and supporting the AU!

We kept faith with Blaise Campoare and Mugabe and Jammeh long after we knew they were oppressors.

And we have an AU Headquarters donated as a gift worth 200 million USD by China. And by the way, in 2012, when the AU got China’s gift, the Economic Commission for Africa reported that Africa lost 60 billion USD in illicit transfers from the continent.

Mr. Kagame underscored the gap between talk and action when he called for the inclusion of women and the youth in our affairs. When Diane Rwigera dared to offer token opposition to his re-election, nude photos of her were circulated by the Kagame regime before she was arrested and charged with treason!

Our focus, my fellow Africans, should not be those who call us names but those of our leaders whose governance push us nearer and nearer to where our enemies wish us to be, day in and day out. 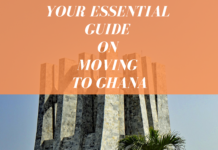 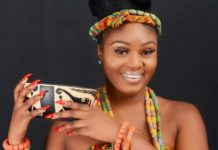