The Founder of the Progressive People’s Party (PPP), Dr Papa Kwesi Nduom, has charged students to be agents of change and challenge themselves to become major stakeholders in the natural resource extraction that would in turn lead to the development of the people.
He posited that if the natural resources would not be used to benefit the people, then they should remain underground.

According to Dr Nduom, although Ghana was blessed with natural resources such as gold, diamond and bauxite, Ghanaians have not been able to fully exploit the benefits.
Speaking to students of the University of Energy and Natural Resources in Sunyani on the mission of their school, which includes ‘Solving critical energy and natural resource challenges in society’, Dr Nduom reiterated challenges Ghana’s natural resources were associated with and said this was evident in the lack of development in areas where these natural resources abounded.
Speaking on the topic: “Enhancing economic growth through entrepreneurship to promote national development,” he said, “We do have a peculiar problem in Ghana, diamond big problem, Gold big problem, manganese the same, bauxite just as well, all of them, big problems and what are these big problems that I am talking about? God has given us all these, we did not put them there, your vice-chancellor did not put them there. Akwatia, Tarkwa, Obuasi, Kenyase, Konongo.”
“You go around, go to the North and Upper East, gold is all over, we did not put them there God did, but who did God give them to? He gave them to you and me but who owns them? Sometimes, the British or Australians, sometimes South Africans; so we have these natural resources and they are making us poor but not rich.”

“We write big agreements and sign them… they take the resources away and have a fine life somewhere and we are left with the waste, we are left with environmental degradation. Of what use will your education be from here if you don’t become an agent for change? Here is the entrepreneurial angle. How do we figure out, how we can become owners, directors, and shareholders of our natural resource extraction and development organisations so that the natural resource can benefit Ghanaians?”

Running down indigenous businesses
Dr Nduom has expressed worry about running down of indigenous successful businessmen and women in the country instead of encouraging them to be more successful.
He said it was unfortunate that instead of encouraging ambitious entrepreneurs to be successful, “they are hated for being ambitious,” while measures were put in place to destroy their businesses.
“As a matter of fact I don’t know what is wrong with us. We punish those who are successful and give them negative tags to run them down,” he stated.
Dr Nduom, who is also the President and Chairman of Groupe Nduom, said, “We should rather find how successful entrepreneurs became successful. If they became successful through fraudulent means, then we have the right to criticise them; if they are on a right path, then we should follow their example.”

Spirit of perseverance
He said it was important for students who wished to be entrepreneurs to have the spirit of perseverance and the ability to keep on working no matter the odds in order to stay in business.
Dr Nduom said even though it was not a bad thing to dream big, new entrepreneurs had to start from the scratch, learn from their failures and keep building their successes.
He said it was not a bad idea for would-be entrepreneurs to work in other establishments and gain experience on the job before using their acquired knowledge to start their own businesses.
“A good employee will one day become a successful entrepreneur. If you steal from your employer or sleep on the job, how could you be able to supervise your own business to be successful?
“If you are lucky to have somebody to employ you, you have to reward him with hard work and continue to dream that one day you can also establish your own business and employ others,” Dr Nduom said. 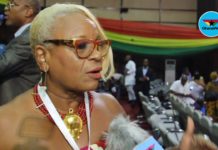 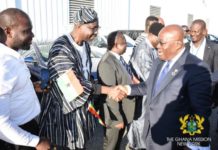 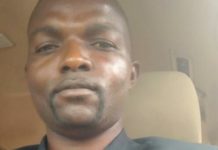