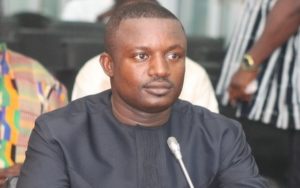 A project has been launched in Accra, to provide affordable, pay-as-you-go solar power to 100,000 off-grid homes in the next two years.

The project forms part of the government’s effort to bring reliable and renewable power to, especially, rural areas.

It would thus focus on the cocoa-growing regions.

It was initiated by a foreign company, Azuri Technologies in partnership with Oasis African Resource Company, a local company, with the support of the Ministry of Power

They will be distributed in association with agricultural co-operatives and women-based organisations.

The large-scale roll-out builds on previous pilot deployments in the country, which have proven to be a successful solution to the power shortage in rural Ghana over the last 18 months.

Launching the project at the ongoing Solar and Off Grid Renewable West Africa event currently underway in Accra, the deputy Minister of Energy, Mr John Jinapor, said the initiative supported the government’s commitment to incorporate renewable energy into the country’s energy supply mix, as outlined by the President.

He recalled that during the last State of the Nation Address in February this year, President Mahama announced new initiatives on solar energy that would result in the setting up of 200,000 rooftop solar systems this year.

The initiative is expected to save the country about 200 megawatts of power daily.

Mr Jinapor said the ministry would explore other avenues with Oasis and Azuri and other renewable energy partners, to establish solar as a significant and reliable power source for micro enterprises in both rural and urban communities.

The minister said available data indicated that about 80 per cent of the population had access to the national grid, adding, however, that there were about five million people in rural areas, most of whom were not likely to be connected in the foreseeable future.

“Crucially, instead of an upfront cost, the system can be purchased through a pay-as-you-go model. This model allows you to use the systems while paying for it by the regular purchase of top-up credit, typically costing less than the lighting costs and phone charging fees being replaced,” he said.

Mr Isaac Kodom, the CEO of Oasis, said his outfit had a vision to become a leading private power solutions company that delivered outstanding and innovative products to meet the demands of today’s energy provision