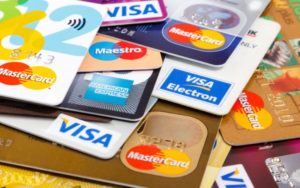 Two Ghanaians are being investigated by the Boonton Township police over a credit card fraud operation which also involves two Essex County residents.

The investigations which lasted for 14 months “started with a homeowner’s report in mid-June 2014 about the fraudulent use of her credit card”.

Emmanuel G. Duker-Eshun, 22, of Cottage Street, South Orange, was arrested on August 26, while Dominic Eshun, 30, of Stuyvesant Avenue, Irvington, was grabbed Monday. The men have the same last name but are not related, said Sgt. Thomas Cacciabeve in a release.

They are on a $20,000 bail after being charged with fencing and conspiracy to receive stolen property. The Daily Record reported that Duker-Eshun was additionally charged with attempted theft of moveable property.

On June 17, 2014 a resident reported that her credit card was fraudulently used to make more than $700 worth of purchases over the Internet including a Virgin Mobile Galaxy S3 cellular telephones. The policy of most phone carriers is that cellular phones can only be shipped to the purchaser’s billing address.

The day after the homeowner filed her report about the credit card use, she received a shipment of cell phones to her residence. The phones were turned over to the police. Later that day, the homeowner reported that a stranger showed up at her house and demanded the package that had earlier been delivered and then given to police, the detective said in a release.

The homeowner called police but she had a brief confrontation with the stranger before he fled in a vehicle occupied by another person prior to the arrival of police. The police intensified their investigations leading to the identification and subsequent arrest of Dominic Eshun and Emmanuel Duker-Eshun.

According to detective Cacciabeve, the police have traced possible contacts in Ghana who are issuing the stolen credit card numbers.

“According to information later provided by the suspects, a party in Ghana would provide them with the stolen credit card information and instruct them to make fraudulent Internet purchases with them. The suspects then conspired to ship the illegally-obtained merchandise overseas to Ghana for various forms of compensation,” the police release said.

The sergeant said detectives believe the tradeoff between the Eshuns and Ghana contact is that the Eshuns could keep some of the merchandise allegedly purchased over the Internet with stolen credit card numbers.