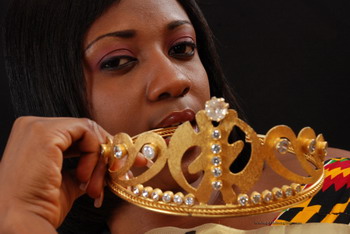 The Management of Media Whizz Kids, organizers of the Miss Ghana and National Dance Championship events, on Tuesday announced 20 beauty pageants chosen to contest for this year’s ‘Miss Ghana’ crown.

The finalists, 2 representing each of the 10 regions in the country, were selected based on public votes and recommendations of judges for the contest.

Speaking to journalists to announce the 20 chosen beauty queens in Accra, Mr Christopher Adamah, Managing Director of Media Whizz Kids (MWK) Limited, said it was the aim of his organization to produce a Ghanaian beauty queen to win the Miss World event in three years’ time. He expressed the hope that the expected donors and media support would help MWK achieve the aim.

He said Ghanaians would be treated to a spectacular world class event garnished with ‘soul searching music’, breathtaking stage performances and stage craft that would leave the audience spell-bound at this year’s beauty contest.

“We want to give the Ghanaian audience value for money, but we also have to think about a reasonable price for the ticket and announce later,” he said.

Mr Adamah wished the 20 contestants the best in their endeavours and encouraged those who could not make it to the final stage to reapply to participate in the event next year.

MWK launched the Miss Ghana and the National Dance Championship events on the 3rd of June 2009, and the organizers toured the 10 regions where 30 beauty contestants were pre-selected to be subjected for a public vote.

The voting system which was managed by the Mobile Content.Com Ghana Limited, a private company, saw 20 contestants selected to represent the 10 regions at the 2009 Miss Ghana beauty contest slated to take place on Saturday, 26th September 2009 at the Accra International Conference Centre. The winner of the ultimate prize is expected to represent Ghana at the ‘Miss World’ event next year.