Toronto police say a 31-year-old woman gunned down in a drive-by shooting in North York on Sunday morning was on her way home from a funeral when she was shot. 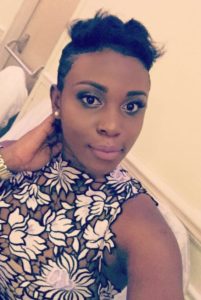 Police say 31-year-old Toronto resident Jenas Nyarko was with three friends in a vehicle outside an address in the area of Replin Road and Old Meadow Lane, near Allen Road and Lawrence Avenue West, when a Cadillac SUV pulled up beside them and opened fire.

Nyarko, who was in the back seat of the vehicle, was struck by the gunfire. She was rushed to hospital with life-threatening injuries and later pronounced dead.

The suspect vehicle fled the scene and police say the gunman proceeded to discharge his firearm several more times in the area of Flemingdon Road and Blossomfield Drive.

“Although there were several citizens in this area, thankfully none of them were struck,” Det. David Dickinson told reporters during an update on Sunday afternoon.

Dickinson said there is nothing in Nyarko’s past to suggest she would be the intended target of the shooting.

“There is nothing in the past of any of the other three occupants of the vehicle which would indicate that they could be the intended target of the shooting,” Dickinson added.

“At this early stage in this investigation, it would appear that this is a case of individuals coming from one neighbourhood in the city to another neighbourhood and shooting the first residents that they see.”

Dickinson said Nyarko moved to Canada from Ghana in 2001, lived alone, and worked at a shelter.

Police have released video surveillance footage of the suspect vehicle, which has been described as a silver or grey 2010 to 2016 Cadillac SRX SUV with a sunroof.

“I’m appealing to anyone who can help me identify this Cadillac SUV and the responsible parties,” Dickinson said.

Police could not confirm how many people were inside the SUV at the time of the shooting.

Toronto Police Chief Mark Saunders said he is very troubled by the shooting.

“I think that our street gang subculture is an issue right now when it comes to policing in the city,” he said.

“This is a horrific crime because that could have been anybody and in this case, that is exactly what this narrative seems to say. I’ve got a huge concern with that.”

The incident was just one of two deadly shootings in the city on Sunday morning.

Two men were shot and killed at a home on Lightwood Drive, near Albion Road and Kipling Avenue, at around 2 a.m.

Saunders said while there has not been a “catastrophic” increase in the number of shootings in Toronto, any loss of life is “a concern.”

“We as law enforcement have taken very aggressive measures to make those apprehension pieces,” he said.

“Any time anyone shoots a gun inside the city, it is a concern for me.”

Mayor John Tory told reporters Sunday that the police service has the full support of the city.

“I’ve said it is an urgent situation,” Tory said. “I think the police and myself are responding with a sense of urgency and I can just tell you right now, I’ve talked to the police chief today and they are applying every ounce of effort and intelligence and resources they have to taking these people off the street.”