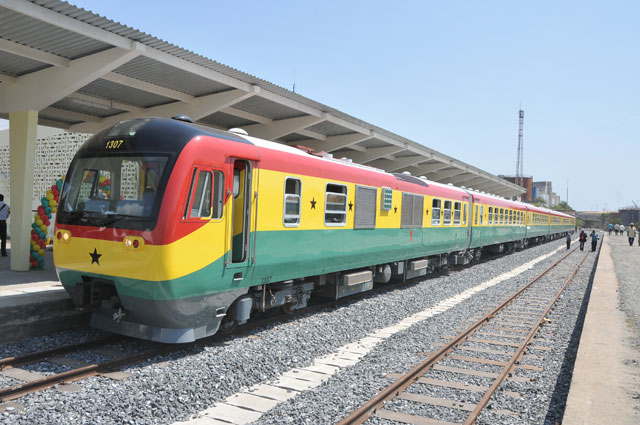 The railway network which has not seen any major expansion and rehabilitation in the last 100 years will, from April this year, see substantial improvement when the $6-billion Nsawam-Kumasi and Ejisu-Paga railway project begins.

The Ejisu-Paga rail is expected to pass through Tamale, from where a branch line will be constructed to Yendi.

Two Chinese contractors, CMEC and CMC, have been engaged by the Ghana Railway Authority (GRA) to execute the project, which is aimed at revamping the rail sector. The implementation of the projects will create jobs for both skilled and unskilled labour.

The Board Chairman of the GRA, Mr Daniel Markin, made this known in an interview after he had met with the Ga Mantse, King Tackie Tawiah III, and members of the Ga Traditional Council.

Mr Markins explained that the project was being executed with funding from the Chinese government, adding that 1,200 kilometres of rail lines, excluding those in Accra, was expected to be constructed under the project.

Work is cheduled to begin this April and be completed in 2012.

Members of the board had visited the traditional council to solicit its support for the clearing and demolition of illegal structures sited along the Accra-Tema railway line, especially from the Central Business District (CBD) of Accra through to Avenor.

Mr Markins further explained that $100 million had been budgeted for the construction of a modern railway station at the CBD of Accra.

The Chief Executive of the Accra Metropolitan Assembly (AMA), Mr Alfred Okoe Vanderpuije, who led the delegation, expressed the AMAâ€™s determination to clear the squatters to pave way for the commencement of the multi-million- dollar project.

He said the successful execution of the rail project and the Bus Rapid Transit (BRT) would significantly reduce vehicular congestion in the national capital and expressed appreciation to the Ga Traditional Council for supporting the project.

According to Madam Victoria Ardey, a member of the GRA Board, all the squatters and illegal structures would be cleared in due time, adding that because they did not have permits nor documents, no compensation would be paid to them.

King Tackie Tawiah pledged the support of the council to the project, saying, â€œWe are more than delighted at the possibility of improving our rail system.â€