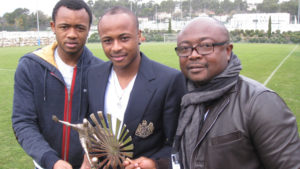 While Jordan Ayew has been heavily linked with a move to Newcastle and Crystal Palace, Andre is being tracked by clubs in Spain and Italy.
But the father of the two Ghanaian stars has ruled out a move away from the English top-flight.

“Today, I think football is in England. The best league is in England. I think times have changed from when I was in Italy at Torino. Today it has shifted to the other side,” he told Accra based Starr FM

“My boys have their young time dreams and the teams they support in England and we hope they one day get those teams but what is most important is to put their foot in England and they have done and are doing well.”