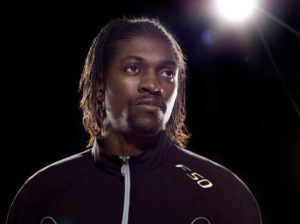 Togo’s national team captain, Emmanuel Sheyi Adebayor has congratulated Ghana’s Black Satellites for their triumph at the recent FIFA U-20 World Cup held in Egypt. The Black Satellites beat Brazil 4-3 on penalties to become the first African side to win the ultimate in the 32-year history of the biennial competition.

Adebayor, reigning African Footballer of the Year in a statement gathered by GNA Sports in Accra said the victory of the Black Satellites is a good omen for Africa, especially during the centenary year of Ghana’s founder, Osagyefo Dr Kwame Nkrumah.

“You have certainly made Ghana and Africa proud. It is proper and befitting that on the 100 years anniversary of the first President of Ghana and the chief proponent of a Black Star of Africa, the Satellites of Ghana have emerged the first country in Africa to win the coveted FIFA U-20 World Cup.

“More so, your spectacular achievement was staged in the land of Ghana’s first Lady, Madam Fathia Nkrumah.” The Manchester City striker observed that the historic feat by the Black Satellites will serve a motivator for the Black Stars during the 2010 South Africa World Cup.

“I am convinced that your sterling performance will inspire your senior team, the Black Stars to replicate your supreme performance and achievement in South Africa where the FIFA World Cup will be held for the first time in Africa,” he concluded. 28 Oct. 08