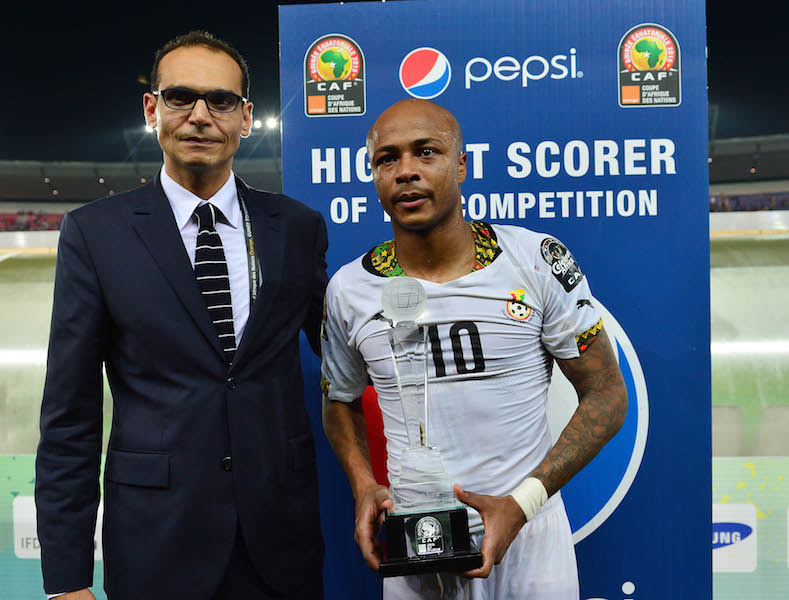 The Olympique Marseille man also doubled as the player with the highest number of assists.

Ayew converted a spot-kick in the 2-1 defeat to Senegal in their opening Group C match and registered a trademark header in the comeback 2-1 win over South Africa in the final Group match.

He was set up by striker Kwesi Appiah and directed the pass into the net for the third goal in the 3-0 semi-final win over Equatorial Guinea.

Ayew was presented with the Pepsi highest scorer prize minutes after the final.