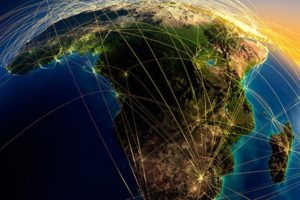 Over the last eight years, America has written a new chapter in our relationship with Africa. Under President Obama’s leadership, we have worked to transition our support for the continent from aid to trade and empowerment. We have started to build a full, equal, advanced economic partnership — a partnership that holds as much promise for African countries as it does for America. This week’s U.S.-Africa Business Forum is a key component of that new partnership.

Africa is primed to be one of the great economic success stories of this century. Incomes are rising. Investments in infrastructure and technology are accelerating growth across a range of industries. Africa today is home to 700 companies with revenues greater than $500 million. Consumer spending is on track to climb to $1 trillion over the next four years. The workforce is projected to be the largest on the planet by 2040. The continent could make up a quarter of the global economy by the year 2050.

African markets are also poised to benefit from several long-term trends, including the fastest-growing middle class in the world, an expanding urban population, and increasing access to mobile technology and the internet. By the end of this century, some estimates predict that 40 percent of the world’s youth will be African, which would be an unprecedented concentration of young consumers.

Today, on both sides of the Atlantic, there is a clear desire to deepen our ties of trade and investment. Doing so will spur growth and support new jobs across both the U.S. and the countries of Africa. But with only 2% of total U.S. exports going to Africa, we still have a long way to go before we fully realize the promise and potential of our economic relationship.

The U.S.-Africa Business Forum was created two years ago to accelerate our progress in realizing that potential. The forum brings together heads of states and business leaders for a conversation focused on strengthening our commercial ties. So far, the results of this dialogue have exceeded our expectations.

Today, the billions in investments that were announced during the 2014 forum are on track to be completed — investments in everything from manufacturing and worker training to clean energy and IT modernization. There have also been private-sector deals in aviation, banking, construction and transportation. In addition, the Department of Commerce has doubled its presence in Africa to better serve American firms looking to access markets and create business partnerships, and last September conducted the largest trade mission to Africa in the history of our country.

At this year’s forum, the scope of that progress has widened to include billions more in new partnerships and investments in areas critical to Africa’s future, like technology and the digital economy. Investments in thermal and wind power in Senegal, urban solar farms in South Africa, TV white space and low-cost bandwidth to rural areas of Kenya, and the building of a metro-fiber network in Liberia are just some of the exciting announcements being made this week.

Other programs are helping to spur these and other new investments. The Commerce Department’s Power Africa initiative has helped fuel power-generation projects that are essential for economic growth across sub-Saharan Africa. Trade Africa has increased trade both within the continent and between Africa and the world. And the extension of the African Growth and Opportunity Act for another 10 years will help more African products reach American customers duty-free.

At this year’s U.S.-Africa Business Forum, we look forward to laying the groundwork for the next chapter — one that sees our commercial connections deepen and our trade partnerships mature. With every deal signed and every investment made, we build bridges between our businesses, we open new lines of communication between our governments, and we create new opportunities for our citizens.