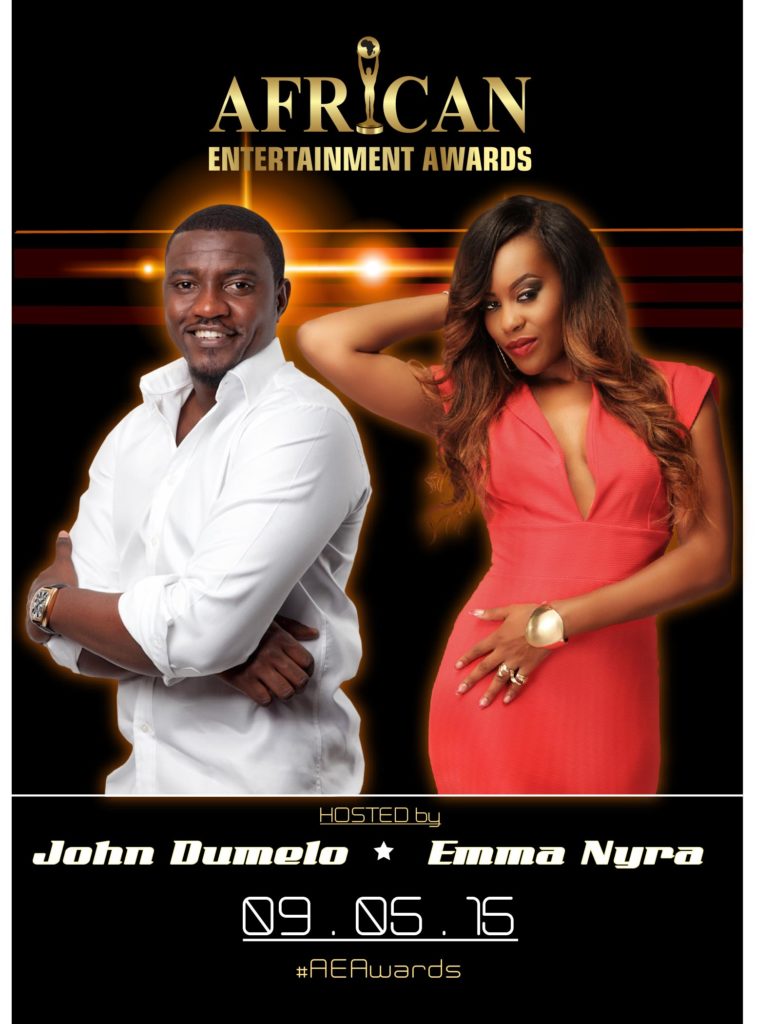 Toronto, ON – April 5th, 2015 — African Entertainment Inc. proudly announces the return of the fourth edition of the African Entertainment Awards, on Saturday September 5, 2015 inside the Living Arts Centre located at 4141 Living Arts Drive, Mississauga, Ontario L5B 4B8. This year’s awards ceremony will be hosted by one of Nollywood’s top actors, John Dumelo and female International recording artist Emma Nyra. Operating under the new 2015 theme “Re-Branding Africa Through Entertainment, The awards ceremony promises to leave a lasting impression and big changes from its previous year, including better quality visuals, from the production to the Red Carpet experience.  An increase in local and international celebrities, special guests and personalities are all in order from the African Entertainment Industry.

Founder and Executive Producer of the African Entertainment Awards, Ibrahim Adekale says, “We are excited to honor creative talents in the entertainment industry and also looking forward to sharing this talents with the world”.

All nominations for the international category must be submitted by May 23, 2015.