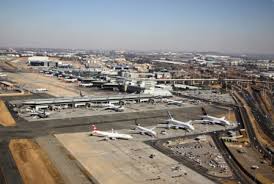 Addis Ababa (AFP) – African Union members said Monday travel bans imposed to stem the deadly Ebola epidemic should be lifted to ensure the economic impact of the restrictions do not add to continent’s woes.

“It was agreed that as African member states we should urge all member states to lift all travel bans, so that people can move between countries, and to trade, and to open up the economic activities,” AU commission chief Nkosazana Dlamini-Zuma told reporters.

“But it was also stressed that whilst the travel ban should be lifted, there should be proper screening mechanisms put in place, both at the countries where citizens will be departing and at the ports of entry, whether it’s airports, or land ports of entry, or sea ports.”

The death toll from the Ebola epidemic — which is spreading across west Africa, with Liberia, Guinea, Sierra Leone the worst hit — has topped 2,000, of nearly 4,000 people who have been infected, according to the World Health Organisation.

Dlamini-Zuma told the executive council of the 54-member body, meeting at the bloc’s headquarters in the Ethiopian capital Addis Ababa, of the urgent need to “craft a united, comprehensive and collective African response” to the outbreak.

The decision was made at the close of a one-day emergency AU meeting on Ebola, held as hopes rose of a potential vaccine to provide temporary shield against Ebola.

A novel vaccine tested so far only on monkeys provided “completely short-term and partial long-term protection” from the deadly virus, researchers reported in the journal Nature Medicine.

Dlamini-Zuma warned that in the battle to stop the spread, “we must be careful not to introduce measures that may have more… social and economic impact than the disease itself.”

“We should put in place tough measures to halt the spread of the disease, but we must also put in place measures to enable agriculture to continue and support the traders,” Dlamini-Zuma added.