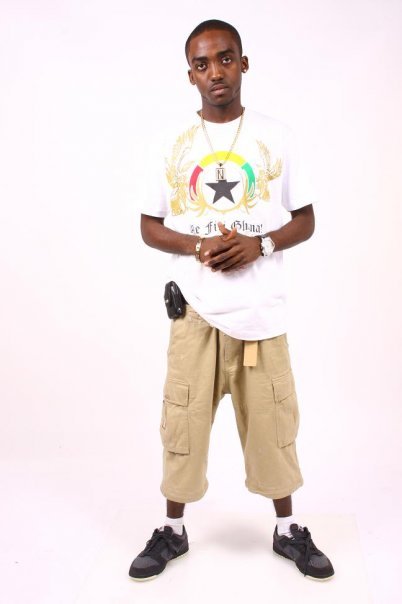 Albert Okwasi Gorman will be known in the music industry as Young AO. He is the Ghana-born, Toronto-raised rapper who has been consistently on his grind, both in and out of his hometown for the past few years. Now preparing to release another mix-tape this spring titled, â€˜Sky Highâ€™, he remains focused on the bigger picture- his official album release, executive-produced by one Torontoâ€™s elite beat makers, T-Nyce. Heâ€™s in a good position; currently riding of the hype of his well received â€˜Ready for Takeoffâ€™ mix-tape that dropped last year which spawned the popular â€˜Ryderz Remixâ€™ featuring Chubbz, OG, Jonny Roxx, Jaydahmann & Frankie Payne (produced by T-Nyce).

At a young age he experienced the break-up of his family unit and briefly lived in a shelter with his mother & step-brother. More than a decade later, he is once again a witness to the dissolve of yet another tight circle â€“ his family unit with the friends with whom he originally formed an entertainment company, Topflight Entertainment. Determined to keep it moving, he traveled to his home country last year where he left an impressionable impact.

He collaborated with hit makers of “Lyk Father Lyk Son” (Konfi Muzuk), one of the most popular tracks circulating on the Ghana airwaves in the summer of 2009. They recorded the song â€œYewo Townâ€ which he describes is his home-town as a â€œstreet anthemâ€. Due to the success of the single, he was featured on Ghanacelebrities.com; a popular website which highlights Ghanaian talent, locally and abroad.

Still making appearances in and around Toronto, as well as over-seas, he is featured on DJ Flaccoâ€™s “Come Up” mix-tape and Slip & Slideâ€™s DJ Swiss Ivoryâ€™s mix-tape “The Showcase Mix-tape Vol. 58”. Heâ€™s on the right track to achieving his 5 year goal of becoming an international artist. He is embracing changes in his life as he matures. â€œI was raised in the hood so I still have those experiences to convey in my music, but as I grow I feel more comfortable being able to talk about new topics such as world & political issues. Also, doing mix-tapes allows me to experiment with different new sounds & stylesâ€. Keep your eyes & ears on Young AO because you never know where heâ€™ll end up next.