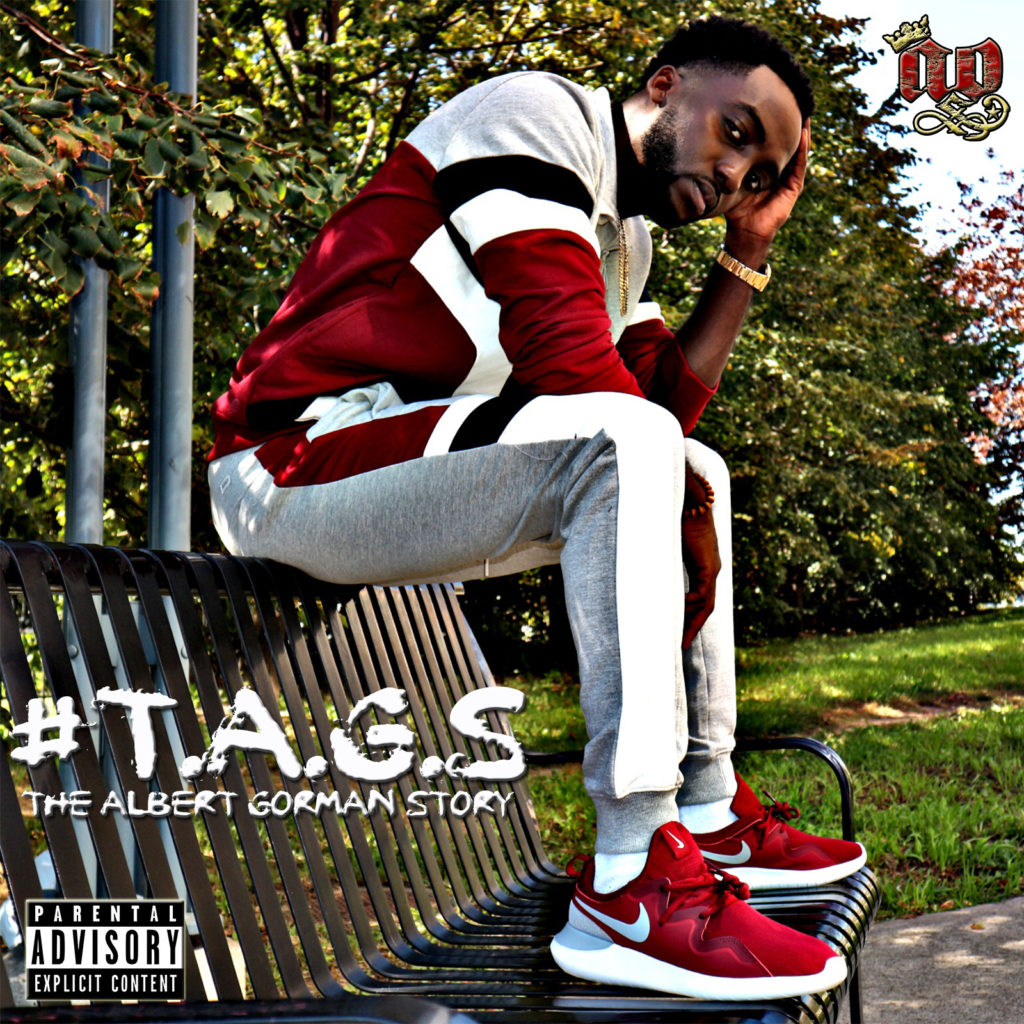 On October 8th, 2018 the multi-faceted Artist AO Gorman will be releasing his highly anticipated EP “T.A.G.S. – The Albert Gorman Story”.

The new project will be AO’s 1st solo project in 6 years since the release of his debut album in 2012 titled “Coming of Age”. Over the past 6 years AO has been able to re-invent himself and fine tune his new sound which is displayed perfectly within T.A.G.S. The 6 song EP is a nice blend of authentic hip-hop with passionate lyrical raps, combined with rock elements such as electric guitar solos and heavy bass line, which may be found in songs like “Mic Check” or the Nicky Mack feature on “Charge it to the Game”.

AO smooths it out with one of the radio ready singles titled “Feel the Vibe” produced byAndre Mina when he spits passionate bars with an epic flow to give the audience a glimpse into the complex mind of the MC! The song gives off an “ol’ skool” vibe, yet is very refreshing in today’s market.

Another radio ready song on the EP is a song titled “Focused” featuring the JamaicanCanadian Artist by the name of Kim Kelly. Kim Kelly delivers a soulful chorus to help AO deliver his motivational song, which reminds people to always stay focused in all aspects oflife.

The Dr Rad produced song titled “Get Mines” is a chilling melodic trap record where AO touches on his upbringing. From his growing pains in the Toronto Metro Housing communities and living in Shelter Homes, to his musical growth and mastering his sound with his band “Earthphonics” which he founded in 2015. In this song AO is proving he won’t stop until his flames burns out!

AO also stays true to his African roots with an authentic “Fela Kuti” style of Afro Beats. It is accompanied with a soulful hook by UK’s Afro Beats star Atumpan. This song is meant for the ladies!

AO Gorman has been one of the most consistent Canadian music acts with in past few years. He has performed at top venues such as Yonge & Dundas square’s Tdot Fest,Hershey’s Center, The Mod Club, Rivoli & Lula lounge to name a few. In AO’s past successes, he has released AE Award winning solo album “Coming of Age”,which had features with top musicians in Toronto. AO is also known for his ghost writing skill for artists. AO has also helped create and compose for a band by the name of “Earthphonics”. “Eathphonics” released an Alternative Rock EP in 2017 and performs in many pubs and bars throughout the city of Toronto. AO prides himself on being able to diversify in different genres and continues to work hard on his craft until he reaches his goal of being a global household name & influential Artist.

Smart Link to EP Album on all streaming Apps: http://smarturl.it/T.A.G.S