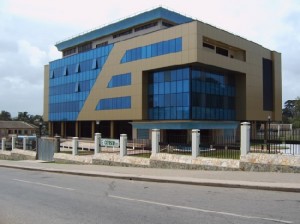 The Bank of Ghana (BoG) has introduced an Electronic Financial Analysis and Surveillance System (eFASS) for banks to file their prudential returns on-line.

The measure would enable the Central Bank to carry out most of its supervisory duties on-line in order to promote and maintain the integrity of the banking industry.

The Managing Director of the ARB APEX Bank Limited, Mr Eric Osei-Bonsu, said this in an address read for him at the 24th Annual General Meeting of the Brakwa-Breman Rural Bank, at Brakwa, on Saturday. Mr Osei-Bonsu said it was now mandatory for rural banks to computerize their operations.

He, in this direction, said rural and community banks desirous of opening new agencies were now required to first automate their processes.

Mr Osei-Bonsu said the BoG has tasked all financial institutions to religiously implement the “know Your Customer rules” and urged the banks to be vigilant in their operations in order to prevent unscrupulous persons from using their banks to engage in fraudulent activities. He said in spite of the declined profit level, the bank performed creditably in some of the other financial performance indicators, adding that, during the year under review total assets increased by 7.0 percent.

Mr Osei-Bonsu said one of the main reasons for the drop in the profit level was the high default rate of loans advanced to the customers of the bank and appealed to customers with loan facilities to honour their responsibilities.