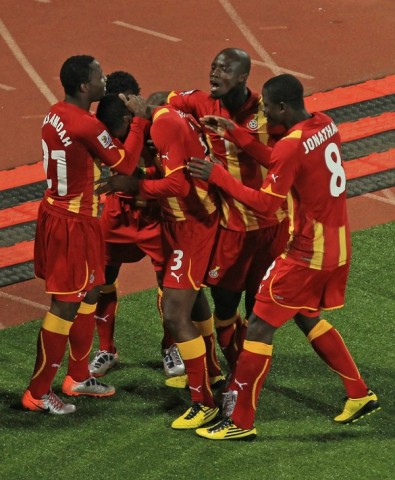 The final standings of the competition was released by World soccerÂ governing body, Federation ofÂ International Football Associations (FIFA) on Thursday ahead of theÂ third-place playoff and the grandÂ finale on Sunday, 11 July.

Conspicuously missing from the standings are the first to fourth placedÂ teams since the outcome of Â the matches were unknown at the time of the release of the rankings withÂ Spain, Netherlands,Â Germany and Uruguay expected to fill the vacuum later on.

Information gathered by GNA Sports from the FIFA Secretariat in SandtonÂ has it that the standingsÂ was influenced by the performance of the respective teams including pointsÂ haul from matches, goalsÂ scored, goals conceded and the general team conduct amongst others.

The current position of the Black Stars serves as a great improvementÂ on the team’s ranking afterÂ its 13th position in the Germany 2006 FIFA World Cup, where they were alsoÂ the only African team toÂ have gone past the first round.

Below is the full rankings from 5th to 32nd positions;