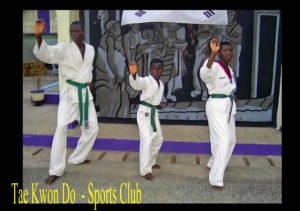 A Resource Person from the World Taekwondo Federation, Mr Gi-Duok Park, has called for the establishment of Taekwondo Clubs in schools and communities.

Mr Park said the sport, which dates back to ancient times, enhances the life span, strength and alertness of the people when they indulge in regular training.

He said cardio-vascular diseases which are prevalent in the country can be reduced to an appreciable standard through the sport.

Mr Park, a Second Degree Taekwondo Black Belt holder in tae-kwon-do, said this in an address at the closing ceremony of a five-day refresher course for practitioners of the sport in the Ashanti Region at the Baba Yara Sports Stadium in Kumasi.

The course formed part of a series of joint clinics organized by the Federation and the Ghana Taekwondo Association across the country to build the capacity of its practitioners.

Mr Park said he hoped that the participants would put into practice all that they had learnt to improve on their performance and self- discipline.

Mr Sampson Annor-Quarshie, President of the Association, said efforts were being made to equip the already established Taekwondo Clubs in Basic, Second-Cycle and Tertiary institutions to whip up the enthusiasm of the sport among the youth.

Patrick Johnson and Simon Koku Gluikpor, General Secretary and Regional Technical Head of the Association, commended the participants for their endurance during the course.