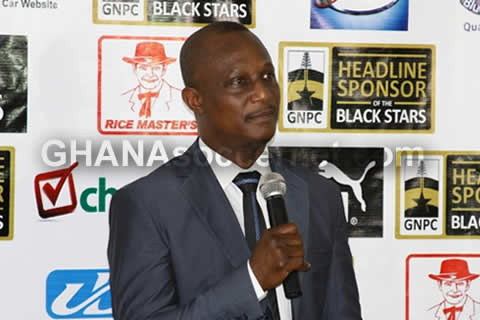 Ghana coach Kwesi Appiah has said conceding an early goal against the USA in their opening game at the 2014 World Cup killed the game.The Stars and Stripes opened the scoring in 30 seconds courtesy Clint Dempsey in a game that ended 1-2 against the Black Stars.Olympique Marseille midfielder Andre Ayew equalised eight minutes from time but their joy was short-lived after substitute John Brooks headed home in the 86th minute to put Jurgen Klinsmann’s men in front.Appiah attributed his team’s failure to “loss of concentration.”“That early goal was a disaster. We were not expecting that,” the 53-year-old told SuperSports. “Playing at this high level any loss of concentration can cost you big time. It was unfortunate that we dominated the whole game but we didn’t score. We could have done better. “The introduction of Schalke midfielder Kevin-Prince Boateng and Milan’s Michael Essien in the second half changed the tempo of the game. However, Appiah refused assertions that he got his initial tactics wrong.“I believe the young guys who played the first game did well. My intension was to bring Essien and Boateng on when the USA are tired. But these things happen,” the former Ghana international opined.He admitted that their next game against Germany is “not going to be easy and we’ll do our best to play a good game.”