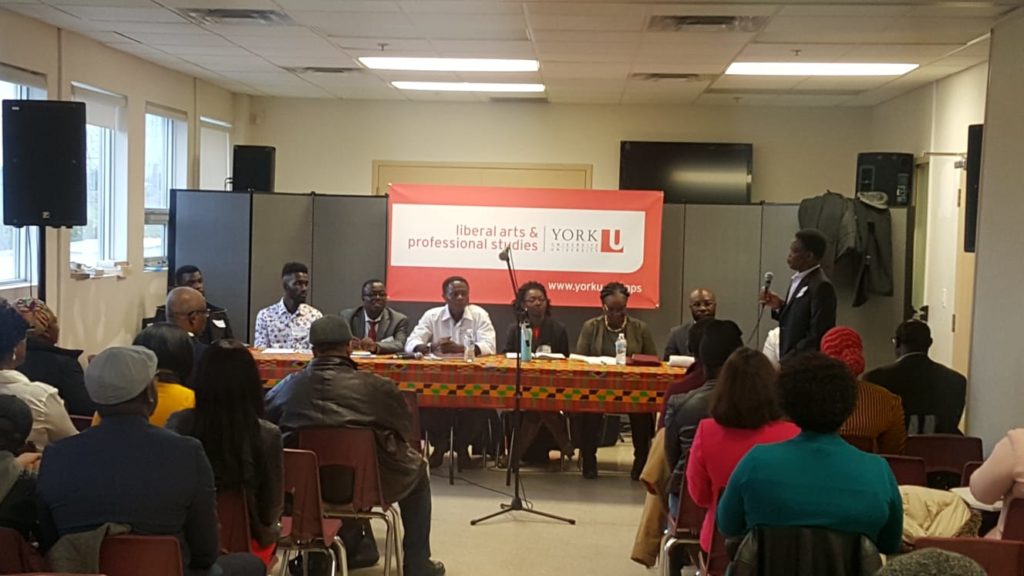 Having conducted cutting-edge research on migration, diaspora, and transnationalism, pertaining to Continental Africans in Canada for much of his academic career, Professor Joseph Mensah(Chair of the Department of Geography) teamed up with Professor Sylvia Bawa of York’s Department of Sociology and Ms. Evelyn Kissi (PhD Candidate, Critical Disability Studies) to convene a well-attended and successful Community Conversation with members of the Ghanaian community. Held on the 28 th of October, 2018, in consultation with the leadership of the Ghanaian-Canadian Association of Ontario (GCAO), and attended by more than 70 people, this Conversation dealt with a number of issues affecting Ghanaians in Toronto. Among the key issues discussed were violence in our community; concerns about employment, settlement, and integration challenges; problems of mental health, crime, and violence; and inter-generational tensions within Ghanaian families. Still mourning the loss of some of our young people to the recent spate of gun-violence in Toronto, the Conversation provided an opportunity for the audience to hear about the work of Mr. Louis March of the Zero Gun Violence Movement in Toronto. 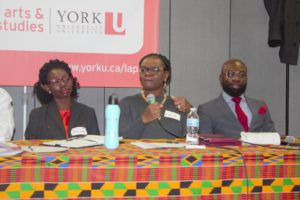 Other members of the panel included Professor David Firang of Trent University
(Social Work) and religious, community, and youth leaders of the Ghanaian diaspora in Toronto.
Asked to make a final commentary, Professor Mensah described the exercise as energizing,
stimulating, and, highly fruitful, especially given the various actionable issues that came out of it; the opportunity for community members to network and share resources was equally remarkable. Professor Mensah promised to liaise with the GCAO for follow up Conversations in the future, and expressed his gratitude to the leadership of the GCAO for teaming up with York University on this worthy exercise. 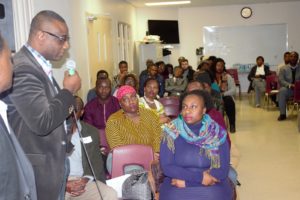 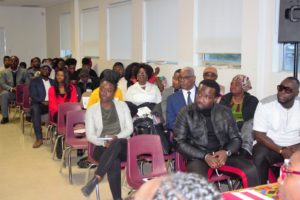