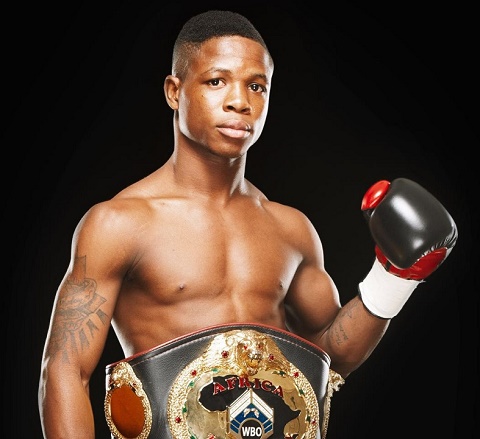 Undefeated WBO Africa bantamweight champion, Duke Micah has set his sights on the Commonwealth title after his one-sided victory against Nigerian Yakubu Kareem at the D.G. Hathiramani Hall of the Accra Stadium last Saturday night.

The 24-year-old boxer, who recorded his 18th professional career victory with a Technical Knockout (TKO), dominated his opponent from the opening round until the eighth round when Kareem failed to answer the bell for the ninth round.

Bukom-based Micah took the fight to his opponent with bold intentions, throwing punches at will and hitting the unguarded face of his opponent.

The former Olympian told the Graphic Sports in a post-fight interview that Kareem— who has fought 19 times, including four losses and a draw — provided him with the needed opposition to prepare towards a dream Commonwealth title.

“Kareem is a very strong fighter and you could see the way he gave me hell in the ring. I think it was a good opportunity for me to meet such a hard fighter to prepare enough for my Commonwealth ambition,” he said.

Kareem, an orthodox fighter, often looked defenceless and could hardly stop Micah’s punches which rocked him on the jaws and lower chin.

However, after a lot of pummelling, Nigerian gave up in the ninth round to gift his opponent a deserved TKO win

In other supporting bouts, Felix Ajom outboxed Enoch Lamptey to earn a second round TKO victory in their super featherweight contest, while Isaac Dorquo handed Joker Nabiru a sound beating before winning by a third round TKO in their lightweight contest.