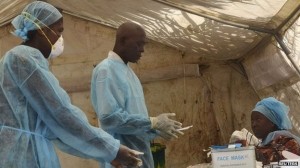 Fears the deadly Ebola virus that has hit hardest in the West African subregion will cripple Ghana’s economy and economies of other countries has been dispelled by the International Monetary Fund (IMF).

According to an IMF assessment, the deadly virus would have little impact on the economy in the subregion.

More than 2,000 lives have been lost since an outbreak of the virus in March this year, prompting measures such as restrictions on air travel to countries within the region in a bid to curb spread.

But speaking at a news conference in Washington, Deputy Division Chief in Charge of Multilateral Surveillance, Rupa Duttagupa, says overall impact of the scourge on the West African economy is not likely to be adverse.

“Based on our current assessment, spiraling effects of Ebola are relatively limited but we continue to monitor the situation”, she said.

According to her, despite the strong humanitarian effect the virus has had on the three countries worst hit – Sierra Leone, Liberia and Guinea – a baseline forecast of the effects of the epidemic shows substantial economic setbacks are not likely.

In a related development, the  IMF is appealing for financial support from developed countries to fight the disease.

The IMF has approved some 130 million dollars to fight the disease in the three countries affected by the disease.