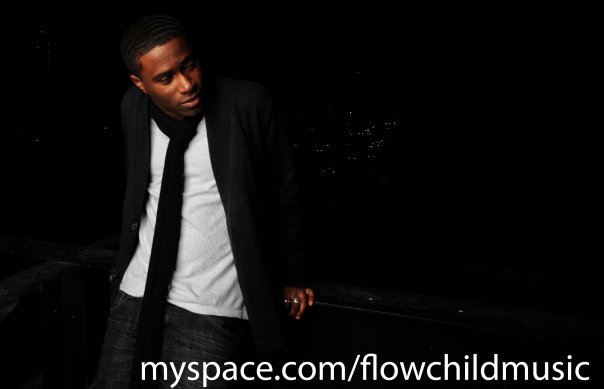 Erik Flowchild. Equipped with a witty flow, evident potential, and fresh approach to the craft of rhyme writing, he is held in high regard by his peers who see him as talented, determined, and resourceful.

Flowchild (Born Eric Asante) was born to be different. Deemed a â€˜miracle babyâ€™ by his uncle, he is destined to make things happen for himself and for his world around him. It is no surprise why Erik Flowchild prides himself as one of Canadaâ€™s top young lyricists: Heâ€™s been writing lyrics since the 2nd grade.

â€œI wasnâ€™t messing with producers when I was seven. I was writing to music I would find while playing video games. Iâ€™d look for anything that caught my ear while I was playing a certain level by going into the sound menu. Game Gear and my N64 were my producers.â€

At 19 he has pursued and garnered industry attention, collaborated with Kanye Westâ€™s G.O.O.D Music family (via Big Sean), and received major co-signs from the likes of DJ Jaguar Skills and Grammy award winning Chrisette Michele.

Currently he is working on The Delivery Boy, a mixtape that will serve the purpose of proving his musical skill set, especially in the area of his delivery â€“ an area that many industry insiders could once easily critique. Nowadays, itâ€™s a little more challenging to do that.

Thatâ€™s what happens when you listen to constructive criticism. Flowchild’s ‘Over Here’ serves as the intro to the new and improved artist. â€œThey say a little nigga canâ€™t step to the pros,â€ he admits on the unique record produced by Mike Schembri and Miguel Culajay of Da Funky Situation. But he immediately follows with the question: â€œIs that so?”

If youâ€™re really listening, youâ€™ll know that question is nothing short of rhetorical.