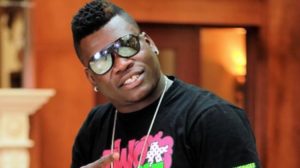 It’s been more than two years since the disappearance of Ghanaian artiste Castro, who is also known as Theophilus Tagoe. He was last seen in Ada with a friend called Janet Bandu on 6 July, 2014, who also went missing.

His father said in an interview with Becky of the AM Show that he believes that his son is still alive. What do you think?