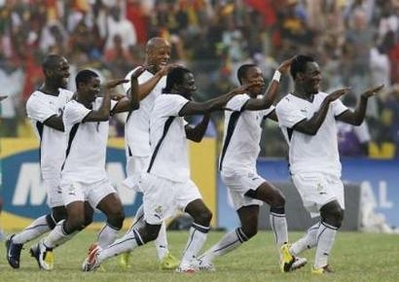 OC CEO Dr Danny Jordaan said: â€œI am overjoyed that one of the continentâ€™s greatest teams will be playing in Africaâ€™s first FIFA World Cup. A long standing symbol of hope on the continent, Ghana is sure to win many fans in South Africa. We hope that they will go far in the tournament and do Africa proud.â€

Ghana qualified after beating Sudan 2-0 in Sundayâ€™s World Cup qualifier, topping Group D. The top team from each of the five groups will secure a place in the finals.

During the bid Pele was quoted as saying that a FIFA World Cup in South Africa would bring the “greatest benefit to African football”.

This is the second time the Ghanaians have qualified for a FIFA World Cup â€“ the first being in 2006 where they made it through to the second round.