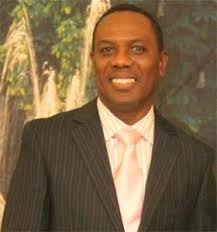 Members of the Ga Adangbe Movement in North America have expressed their desire to support developmental projects in Accra.

Emmanuel Quaye Jnr, President of Ga Adangbe Toronto said at an inaugural meeting in Accra that they are ready to help develop their roots and since Accra is the capital of Ghana, it is very necessary that they work very hard He noted that there are many opportunities in the developed world and it is time that Ghanaians especially people from Ga Adangbe decent enjoy. According to Mr. Quaye it is also time that Gas and Adangbes work very hard to develop their city, towns and villages because they have the power and ability to transform themselves and their environment.

Mr. Douglas Tagoe, a former international footballer and businessman urged the chiefs and people of Accra and its surroundings to support their relations outside in prayers and positive deeds so that they can come down with opportunities to develop the nation. He said traveling is an experience that must be shared positively and those who travel must use what they learnt from the developed world to transform their villages and towns. He stressed that unemployment and sanitation are the two problems that worry him a lot lot and if something could be done on unemployment for the youth in Greater Accra to find good jobs and be paid good salaries, he would be very happy.

The meeting attracted the chiefs of Odorkor and Ofankor who contributed that the idea of strengthening the Ga Adangbe Movement was a good idea and the officers in charge must ensure that there is unity and peace in the Greater Accra Region at all times because people can live better in a peaceful environment.

Mr. Emmanuel Quaye Snr also a chief in Canada congratulated all those who were present at the ceremony and he promise that very soon America would be supporting Ghana to curb Ebola and other diseases. The keen sports enthusiast said the support would be extended to sports and entertainment, despite the fact that they are all business people.