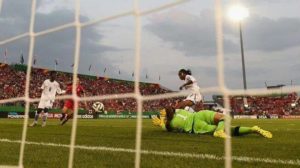 Ghana’s U-20 female national football team, the Black Princesses, on early hours of Wednesday put a spirited performance to beat the host nation Canada 1-0 in the ongoing FIFA U-20 Female Tournament in Canada.Sherifatu Smailia fetched the lone goal for Ghana in the 22nd minute of the game putting Ghana in a bright start in the tournament. Ghana trails North Korea with three points on goal advantage.

Ghana is scheduled to play their second Group A game against North Korea on Friday.

The defeat of Canada has been hailed by soccer fans who perceived it as sweet revenge following mass visa rejection by Canadian High Commission in Ghanaian fans who applied for visas to watch the tournament.

Incensed by recent episode where 200 soccer fans sought asylum in Brazil after World Cup on grounds that there was religious conflict in Ghana, the Canadian High Commission never issued a single visa to any Ghanaian to watch the tournament.

Many supporters from Toronto and surround areas were in attendance to support Ghana in this historic event in Canada. 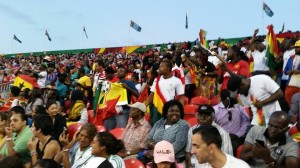 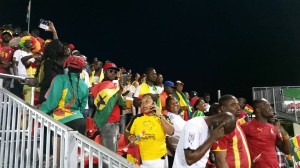