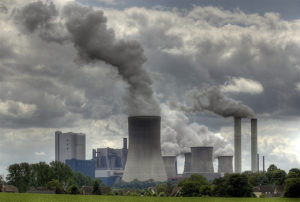 There are over 45 countries actively considering embarking on nuclear power programs, according to the World Nuclear Association.

Ghana is among these emerging nuclear energy countries, as the country strives to meet the increasing demand of energy for domestic and industrial use.

State-owned nuclear companies in Russia and China have taken the lead in offering nuclear power plants to emerging countries, usually with finance and fuel services.

Russia’s State Atomic Energy Corporation (ROSATOM) hosts the annual ATOMEXPO International Forum as a major exhibition and business platform for conducting meetings and negotiations between the worldwide leaders of the nuclear power industry.

The 2016 edition, holding in Moscow from May 30–June 2, provides leaders of nuclear power industry and nuclear power engineering with an opportunity to publically define the place and role of nuclear generation in the 21st century energy balance.

The Forum also promotes international cooperation between the Russian Federation and the countries of Latin America, Pacific Asia, Africa, Central and Eastern Europe in the field of nuclear power, and to discuss Russia’s proposal on developing national energy programs.

Ghana has representation from the Ministry of Power and the Atomic Energy Commission at the Forum.

In 2013, Ghana announced plans to build a nuclear plant for power generation, which was estimated to take eight years to complete.

With government’s new interest in coal power production, the Ghanaian delegation is expected to explore new opportunities in nuclear power generation in the country’s energy mix, vis-à-vis the environment/climate change, cost and safety concerns of the various energy sources.

Generating power from thermal and other sources have become unreliable for Ghana to meet industrial needs. The increasing urbanization will greatly increase the demand for electricity.

Nuclear energy is growing globally with nearly 10 GW of new nuclear capacity supplying electricity in 2015 – more than double the average capacity connected each year in the previous decade.

Though there are long term prospects for nuclear, experts say the emerging nuclear energy countries are not expected to contribute very much to the expansion of nuclear capacity in the foreseeable future.