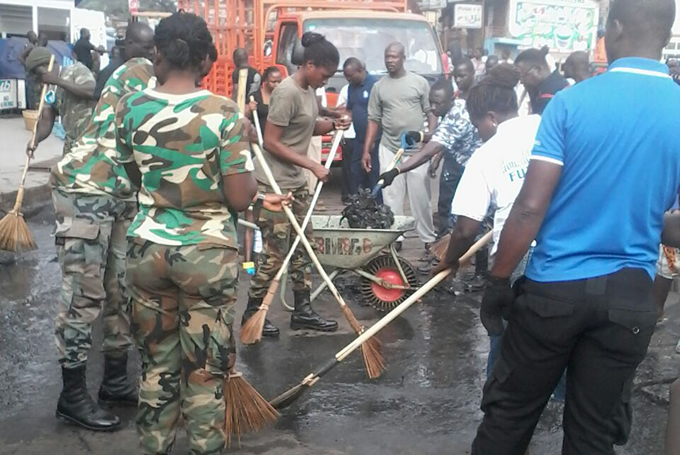 Local Government Minister, Julius Debrah has announced that a new bye-law is being promulgated to stiffen punishment for sanitation offenders. He told Samson Lardy Anyenini on Joy FM’s Newsfile Saturday that people are not keen to keep their environment clean because the existing assembly bye-laws are not punitive enough. For instance, persons guilty of offending the sanitation law would be liable to a fine of about ¢200.000.00 (GHc 20.00).

Julius Debrah said the new law, Model Bye-law on Sanitation has been formulated and would be sent to each assembly to modify the law to suit its needs and ratified it. He hoped it would be deterrent enough to keep the country clean.
Until the ratification of the new bye-law, which will also ensure that the National Sanitation Day is sustained, the Minister charged the assemblies to enforce the existing bye-laws irrespective of their shortfalls. The second edition of the nationwide clean up exercise, which was observed across the country today ended amid concerns of low participation and poor publicity.

The exercise began early this morning across the country with a handful of people coming out to clean their communities despite participation by top government officials including the President and his vice as well as security agencies.
The Local Government Minister though admitted the National Farmers Day (yesterday) and National Festival of Arts and Culture (today) “dealt a blow” to patronage, he was happy about the level of acceptance.

“I am very happy because it looks like the campaign is gradually gaining ground. The objective is not necessarily about how many people can jump into the gutters but it’s about how many people will wake up today and come to a realization that as a country we need to try and improve on our sanitation,” Julius Debrah stated. Meanwhile, President John Mahama who joined Kumasi residents to clean the streets commended those who participated in the clean-up exercise and encouraged them to continue their participation to ensure clean environments.
Government launched the NSD as part of renewed measures to deal with the country’s sanitation problems.