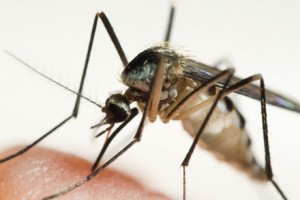 Ghana is still at the control stage of Malaria programme which embody the first step in the fight against the disease, Dr Aba Baffoe-Wilmot, Medical Entomologist of National Malaria Control Programme said on Tuesday.

According to her, the second stage is the elimination of the disease which must be supported by a functioning health system, while the third stage is eradication which is usually global and undertaken when vaccines exist and no case is reported in three years.

Malaria is caused by plasmodium parasite and transmitted through the female anopheles mosquito with simple symptoms as fever, headache, muscle pain, loss of appetite and severe symptoms like severe anaemia, blood in urine, convulsion, jaundice and extreme general weakness.

Dr Baffoe-Wilmot said other setbacks include minimum use of insecticide treated nets (ITN) even though ownership is high, misdiagnosis leading to wrong treatment and over consumption of malaria treatment, the prescription of mono therapy by clinicians, ignorance and misconceptions about the disease.

According to her, current strategies to control malaria included indoor residual spraying, environmental management and targeted larviciding, ITN for children under five and pregnant women, free distribution of the nets during mass immunization days and directly observed therapy for pregnant women.

On curative strategies, she noted that treatment had been largely based on presumption diagnosis but now the programme is encouraging diagnosis by microscopy before treatment and drugs for simple and uncomplicated malaria, which include; Artesunate-amodiaquine; artermether-lumefantrine and Dihydro-artsemisinin pieraquine.

Mother and care givers could also be trained to give the correct treatment at home, she added.

“Malaria is responsible for a growth penalty of up to 1.3 per cent per year,” Dr Baffoe-Wilmot noted, adding that it has been estimated that the annual economic burden in Africa is 1.7 billion dollars while a single bout of malaria cost a sum equivalent to over 10 working days in Africa.

In Ghana, 8,200 malaria cases are reported daily, with 4,500 deaths, 1,500 under five deaths while 60 pregnant women die from the disease annually.

She called on the government and the private sector to prioritize malaria control through resource allocation and social responsibilities.

According to a study by the Institute of Statistical Social and Economic Research on the economic burden of malaria in Ghana, the disease is a challenge to human development and both the cause and consequence of underdevelopment.

It is the number one cause of morbidity accounting for 40-60 per cent of outpatient and the leading cause of mortality in children under five and cause of work lost due to illness.