Ghana has the potential to obtain eight billion barrels of oil, equivalent to $560 billion at an average of $70 per barrel, if its submission to extend its continental shelf is approved by the United Nations Commission of the Limits of the Continental Shelf (CLCS). 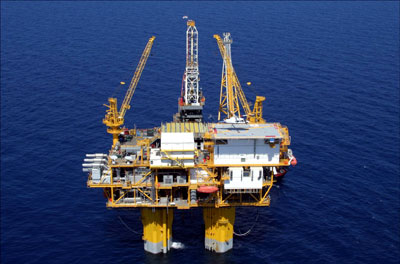 The Minister for Lands and Natural Resources, Alhaji Collins Duada, who disclosed this at a press conference in Accra last Friday, said that the Ministry has finally prepared to submit to the CLCS for the extension of Ghanaâ€™s continental shelf, in line with Article 76 of the 1982 United Nations Convention on the Law of the sea.Ghana is seeking to extend its continental shelf beyond the existing 200 nautical miles. He said, according to a report by the international Seabed Authority (ISA) in 2000, an additional 1.23 billion tonnes of oil and 650 billion cubic meters of gas can be obtained from the offshore basin alone, if the country is given the approval to extend its maritime territory to approximately 15,000 square kilometres. He stressed that the right to explore and exploit the resources within that zone shall be exclusive to Ghana if the outer limits of the area are established and deposited at the office of the secretary-General of the United Nations before May 13, 2009.

To effect, he said, he will be leaving for New York together with team of geoscientists to deposit the submission , which consist of eight copies of the main body of the submission, 22 copies of the executive summary and two copies of supporting scientific and technical data. The law, he said, requires the so called â€˜â€™broad marginâ€™â€™ states to extend their maritime rights beyond the mandatory 200 nautical miles from which function the commission has been establish. Additionally, he said, the seabed abound in mineral resources such as phosphates, gold, platinum, chromate, manganese and nodules, whereas the continental shelves are habitats for vegetables sea plants and sea grasses that are raw materials for certain pharmaceuticals and products. He, however, recalled that the Government of Ghana , among other nations, signed the final Act of the Convention in 1982, at Montago Bay, Jamaica, the very day, it was adopted, and ratified as the second African state and the sixth in the world to do so as a signal of its commitment to the new regime of ocean governance. He commended the Commonwealth Secretariat and the Federal Institute of Geosciences and Natural Resources of Germany for their enormous contribution in the preparation of the submission. The two bodies, he disclosed, are behind the drafting of the submission and also responsible for the quality checks provided during the marine data acquisition and planning phase.