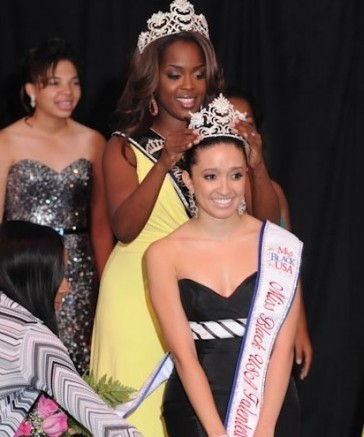 Ghana News – The proverbial Ghanaian hospitality, has earned the country the opportunity to host the Miss Black USA Beauty Pageant in 2010.

The show, which has been in existence for the past 26 years, is aimed at reconnecting Black Americans in the Diaspora to their African lineage. Chief Executive Officer of the Pageant, Ms. Karen Amington, made this known in Accra on Thursday, when he led a delegation to pay a courtesy call on the Deputy Minister of Tourism, Mr Kwabena Akyeampong. Ms Amington said the event would boost the tourism potential of the country and attract investors.

She said it would also build good relations between Africans and Black Americans and portray the culture of Africa.

A member of the delegation, Mr. Gabriel Pomary said the US President selected Ghana to be the first Black African country to visit, because of the country’s good governance and democratic credentials. He said the programme would take place in Ghana annually even though other African countries like Egypt and Morocco had shown interest to hosting it.

Mr Pomary said more than 500 African- Americans would be part of the event.

Mr Akyeampong said August would be a perfect period to organise the pageant since it would not conflict with the World Cup Tournament in South Africa and traditional festivals in Ghana. 6 Nov. 09