Shocking news broke out in the Ghanaian community in Toronto on Sunday morning about a 31-year-old Ghanaian woman who was gunned down in a drive-by shooting. According to the Toronto Police and eye witnesses, the 31-year-old Toronto resident Jenas Nyarko was with three friends in a vehicle on their way back from a funeral, when a Cadillac SUV pulled up beside them and opened fire. 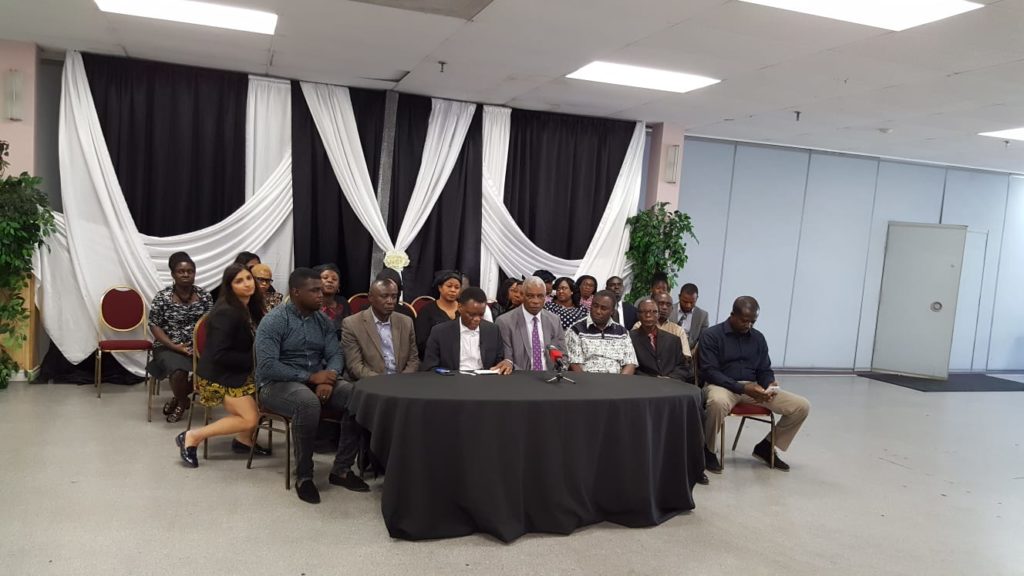 On Monday June 25th 2018, Immediately following this breaking news, under the leadership of Mr Emmanuel Duodu, the President of the Ghanaian Canadian Association of Ontario (GCAO), an impromptu press conference was organized with Canadian Broadcasting Corporation (CBC). 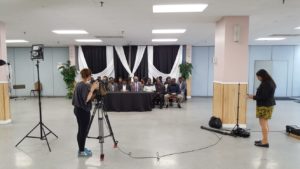 The pres conference was held at the church of Pentecost, the same venue for the funeral Jenas attended on Saturday. Among the attendees to support the family at the press conference were members of the GCAO, the Ghana Consulate General of Toronto, family and friends of the late Jenas Nyarko. The Ghanaian community is calling on the people behind this shooting to turn themselves in. They are also appealing to the Toronto police to gather their resources and do their best to find the perpetrators of this gruesome incident.

If you have any information that may help the police, contact 1-800-CRIME STOPPERS. 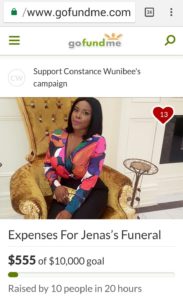 A  GoFundMe campaign has been created by a friend (Constance Wunibee) to support the family with Janet’s funeral expense.