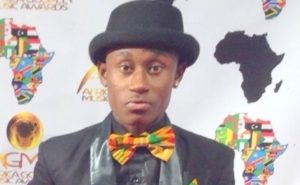 Multiple award winning clothing brand known for fusing African print to suit the western style, 101 Clothing, has been announced as the official designer for “My Turn”, an annual event, organized by FinalTouch Entertainment which aims at raising awareness about Sickle Cell and Beta Thalassemia.

101 Clothing will showcase its latest collections – casual, beach and corporate wear at the event.

“My Turn” will be held on 6th August 2016 at Tottenham and hosted by Miss Great Britain United Nations Emily Blake alongside Ghanaian movie star Ernest Gholm aka MC Prekese and Jazz singer OmarTKIF. The event will enable local talents to exhibit their works to raise funds in support of Sickle cell and will comprise of an exhibition of local arts and craft, as well as merchandise from the Sickle Cell Society.

Children from Note By Note Music Academy and Duke Of Yorks Royal Military School will also be performing on the day in addition to other live music performances – Afrobeat, Reggae Dancehall, UK Urban Rap, Jazz, and RnB.

Sickle cell is not a disease to be contracted rather a sex-linked character that is inherited from parents to offspring. This disorder has served as a natural selection (the survival of the fittest) throughout the tropical belt / regions of the world.

The fittest individuals carry the Sickle Cell trait, which helps them to survive better in the tropics against malaria caused by the female anopheles mosquito.

Individuals that inherit both sickle gene become less susceptible to survive. tropical belt of South America, Africa and Asia mostly have the Sickle Cell gene whilst those in the Mediterranean belt have the same form of this disorder known as Beta Thalassemia.

Within the individuals that suffer from this disorder during crisis their red blood cells constrict assuming the crescent moon shape, they are unable to move through the small venous capillaries causing obstruction to the blood flow, as such the cells stick together in joints and the spleen causing excruciating pain.

The Sickle Cell Society will on the night make a presentation