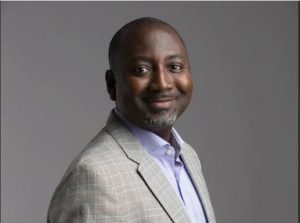 When Abe Ankumah, CEO of the network analytics company Nyansa, finished his MBA at Harvard, he knew he wanted to make his way back to California where he had completed his undergraduate degree.

So the Ghanaian-born entrepreneur picked up his phone and asked for a job.

“I cold called the Aruba Networks CEO and said ‘hey, here’s my background, I’m interested in an operating role.’ We ended up meeting and hitting it off. He ended up hiring me to become his chief of staff,” said Ankumah, who worked at Aruba Networks from 2008 to 2012.

Ankumah started Nyansa in 2013 with Daniel Kan and Anand Srinivas, and the team released its networking analytics product Voyance in 2016.

Voyance is a system that monitors wifi networks to make sure every device on the network is running perfectly. It’s deployed by companies like Tesla, which use it to monitor the wifi-enabled manufacturing tools that build its cars.

“We prevent issues from going haywire way before they actually affect the business. Our customers leverage us to run their core businesses,” Ankumah said.

“We exist today primarily because of a bunch of big shifts that have happened in the enterprise,” Ankumah said. “There’s a lot of talk about mobility within the enterprise. And the big problem – the big void that we’ve been at the right place to solve for our customers — is providing them insights around user experience as enterprises become a lot more mobile.”

Analysts call this big shift the “industrial internet of things,” or IIoT. Now that wi-fi enabled consumer devices are the norm, businesses are slowly making the shift to smarter, more connected devices in work settings.

Jenalea Howell, research director at IHS Markit, wrote in November that multiple industries are on the cusp of widespread IIoT adoption, but most are still in the early stages of figuring out what devices should even be connected.

Analytic programs such as Voyance come in later in an industry’s move to connected devices. And while most industries aren’t very far along, Howell found that the manufacturing space the most advanced when it comes to using analytics with connected devices.

Nyansa appears to be reaping the benefits of this shift. Voyance is now deployed in almost 300 different production environments for a little under 100 unique customers, and Ankumah said the company is doubling its number of clients every six months.

The company announced today that it has raised $15 million in a series B led by Intel Capital, with participation from Formation 8. Ankumah said the company plans to use the funds to “expand, go to market and fuel our innovation engine to accelerate our growth.”