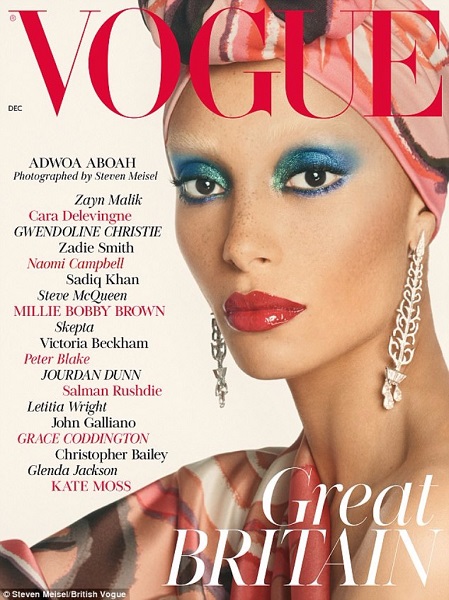 Vogue is going rogue next month, with a Ghanaian editor and cover star.

Edward Enninful took over as the new editor of British Vogue earlier this year following the departure of Alexandra Shulman left after 25 years at the helm, and Tuesday night the first ever cover under the new management was released.

The cover, for the December edition of the magazine, features Ghanaian-British model Adwoa Aboah.

Enninful, the first black, first male and first gay editor of the prestigious British magazine which has been in circulation since 1916, planned a new, more diverse direction for the newspaper and his first cover delivered.

The December issue goes on sale Friday, and all eyes would be on how well it does with the new direction brought by the powerful presence of Enninful.