Nigerians might like to brag about being the African country with the most prolific hits but like it or not, Nigerian music has been known to mash up sounds from other cultures.

Mr Eazi’s statement saying Nigerians had a lot of Ghanaian influence sparked outrage on social media and even when the truth of it remains,  many will disagree.

Nigerian music, however, has a lot of Ghanaian influence. Better put, many of Nigeria’s biggest stars have at one point or the other sampled Ghanaian music in their song.

Below is a list of Nigerian musicians who have shamelessly sampled Ghanaian beats.

Starboy singer Wizkid is regarded as one of Africa’s biggest musical exports. He, however, did not arrive at this positions without taking a bit from here, switching things up there, and smart adaptation.

It was obvious and glaring as the sun and even inevitable when Wizkid jumped on the trend in 2012 and released a freestyle which many applauded. In consequent songs, the singer might have sampled the Ghana sound but none was so unmistakable as “Azonto”. 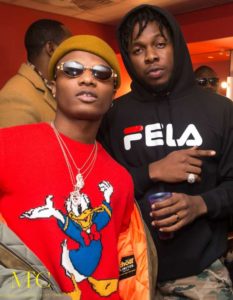 “Mad over you” is the singer’s biggest song and it was released in late 2016.  Runtown, like his other Nigerian celebrity friends, proved his dexterity and creativity on the song, taking advantage of the easy to flow Ghanaian style which dominated its sound.

Not too far behind and willing to tap into Runtown’s success, one Nigerian celebrity who made a hit from sampling Ghanaian sounds on his song is Illbliss. On the song “Alhaji”, Illbbliss shamelessly sampled Runtown’s “Mad Over You” which  in turn sampled Ghanaian music. Even a deaf man could hear the dominance of Ghanaian style to the beat and the similarity with Runtown’s  hit.

It will be surprising indeed if Peter and Paul Okoye did not sample Ghanaian sounds on their music. Considering how the twins are not new to the controversy of making glaring imitations in their music, their hit song “Away” which was released in February 2017, is a song which shows their love and acceptance of Ghanaian sound. 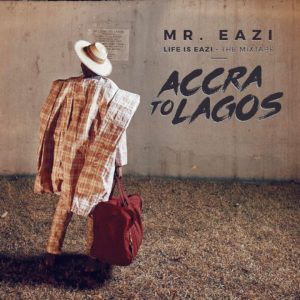 Alas, the master sampler of them all. In fact, Mr Eazi does not sample Ghanaian sound, his music sounds entirely Ghanaian. The Singer who spent a better part of his life in Ghana will be mistaken for a Ghanaian with his music and Rhythm. The element of “Nigerianness” in his music is quite minimal when compared to how Ghanaian he sounds. All of his hits including  “Leg over, Hol up, Skintight”and others all depict love for Ghanaian sound.