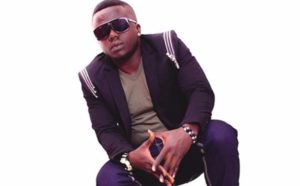 One of Ghana’s finest yet unsung musicians, Kwabena Buahen, popularly known by his stage name Ghetto KB, has died.

The passing of the musician, who was signed onto Jam Master Jay’s (JMJ) XTRA LARGE MUSIC label was revealed by his publicist Elorm Beenie, who confirmed the news to nydjlive.com.

The rapper is said to have died while en route to the 37 Military Hospital in Accra where he was expected to receive medical attention, late Sunday March 22, 2015.

The cause of his death is not immediately known.
Ghetto KB recorded and featured on several hit songs including ‘African Name’ by Sway, ‘Radio’, ‘One Night Stand’, ‘No Other Love’, ‘Bills On Me’, and ‘Number One’.

He had a brief spell with Snipers Music group based in the UK and returned to Xtra Large Music where his career began to take shape commercially.