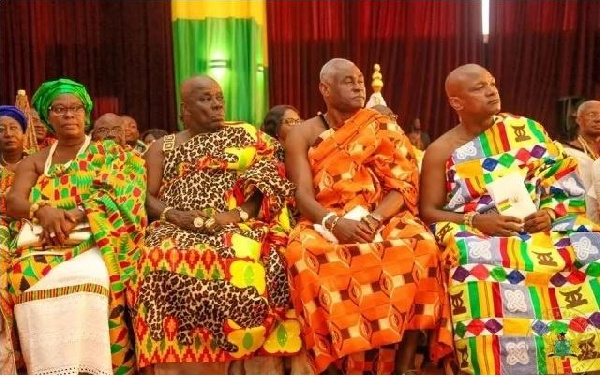 Allan Atsu, a Ghanaian resident in Canada has called for the crafting of a made-in Ghana Political System by the National House of Chiefs (NHCs) to abolish party politics and ensure harmony among Ghanaians.

He said: “It’s essential that we abolish the disastrous party politics that was dumped on us, and craft a made-in Ghana Political System that embodies our Ghanaian values of fairness, justice, and equality among all our peoples.”

He said: “We are fortunate to have a non-partisan institution, the NHCs. Traditionally, our Kings and Chiefs are the custodians of the land and its people. The NHCs is well suited to spearhead crafting a made-in-Ghana Political System that will ensure unity among all Ghanaians.”

Mr Atsu, who hinted the formation of Council For Political Reform in the country soon, made the call in a statement submitted to the Ghana News Agency in Accra.

He also suggested for the autonomy of the nine original regions of the country and that the move would unify Ghana and set the stage for a United States of Africa.

Mr Atsu urged Ghanaians to write to their Members of Parliament and the NHCs to demand for the regional autonomy for the original nine regions and the made-in Ghana Political System to help abolish party politics.

“I submit that the original nine regions be maintained and made autonomous. Each region controls its natural resources. An agreed percentage of resource revenues from each region be allocated to the National Government into a transfer payment cache to be distributed to resource-poor Regions.

“Each region will have control over education, health, roads, policing, economic development, among others. Each region is thus empowered to generate revenue from taxation and to prioritise its development goals.

Mr Atsu said the country would benefit tremendously if the regional autonomy was enshrined in Ghana’s Constitution, adding; “It will minimise the risk of putting all our economic eggs in one basket under the control of the Office of the President.

“It will also eliminate the type of desperation that engenders separatist tendencies as evidenced by the November 16, 2019, Western Togoland Independence Declaration.”

Mr Atsu said the judicial system, which was acquired from the British should also be tempered with the Ghanaian traditional values and that in an address to the British Parliament on February 2, 1835, Lord Macaulay had the following to say.

“I have travelled across the length and breadth of Africa and have not seen one person who is a beggar, who is a thief; such wealth I have seen in this country, such high moral values, people of such calibre, that I do not think we would ever conquer this country unless we break the very backbone of this nation, which is her spiritual and cultural heritage and therefore I propose that we replace her old and ancient education system, her culture, for if the Africans think that all that is foreign and English is good and greater than their own, they will lose their self-esteem, their native culture, and they will become what we want them, a truly dominated nation.”

Mr Atsu called on Africans to take pride in their superior culture, moral values, and ancient educational system to regain their self-esteem, adding that; “We Africans, cannot demand respect, we cannot expect respect from others, we must earn it.”