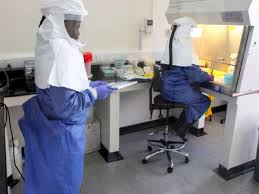 A Ghanaian has tested negative for the deadly Ebola virus in Minnesota, USA.

Fox News reports that the patient who arrived in Minnesota from Ghana had developed symptoms “of concern”, prompting health officials to run a test on the patient.

It said the Health Commissioner for Minnesota, Ed Ehlinger said the patient’s symptoms did not meet the CDC protocol for Ebola testing, but the state proceeded with a confirmation test on October 16 as a precaution.

It said the state took the precaution as a result of lessons from the cases in Dallas where two health workers have contracted the virus after treating the first U.S.-diagnosed case of the virus.

The Ebola virus has killed 4,546 people since the outbreak of the haemorrhagic fever began in March, according to a report on Friday from the World Health Organisation.

The worst-hit countries have been Guinea, Liberia and Sierra Leone.

There have been 8,914 cases overall, including the fatal cases, and the WHO says it expects this number to top 9,000 by the end of the week.