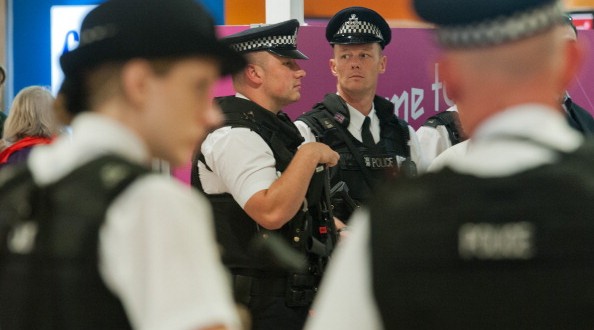 A Ghanaian woman has been arrested by security operatives at the Heathrow Airport in London, carrying what is believed to be one of the largest consignments of cocaine ever impounded at Heathrow. She was alleged to be carrying a Ghanaian diplomatic passport at the time of her arrest. Officials have given her name as Ruby Adu Gyamfi, who was reportedly carrying cocaine weighing 12.5kg, estimated at about 3.5 million pounds or $5 million.

Madam Ruby Adu Gyamfi, who is said to be very popular among Ghana’s current political establishment, is popularly known as ‘Angel’. Sources say some officials believed to be staff of the Ghana High Commission were at the airport to welcome her but could not reach her as she was intercepted before the final immigration point. ‘Angel’ went through screening procedures at the Kotoka International Airport without any problems but was busted in London, after airport security officials ignored the usual courtesies accorded holders of diplomatic passports, isolated her and conducted a thorough search which revealed the white substance in her hand luggage. This was upon a tip off received by the British Security and they classified the operation as an “AA” (top priority) operation. Security officials and intelligence agencies across 23 countries in Europe, Asia and the Americas had for the past three years been tracking Ruby Adu Gyamfi, who has managed in several instances to avoid arrest using various aliases, according to reports. Meanwhile, her arrest has triggered a major undercover investigation into the activities of numerous officials of the Ghanaian government including some very big political names.