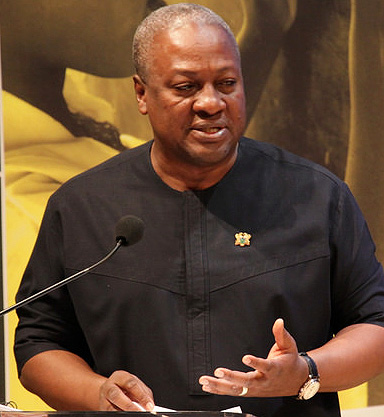 President John Dramani Mahama on Monday stated that it was unfair for people who have never been Presidents or Vice Presidents of Ghana to describe him as an incompetent President.

He said apart from Presidents Jerry John Rawlings and John Agyekum Kufuor who could criticize him because they had been Presidents before, others were unqualified to call him an incompetent President.

“My incompetence is not for them to judge, but for the people of Ghana to judge and I know in 2016 they will vote massively for me as President and the National Democratic Congress (NDC) based on our performance.”

President Mahama was addressing a party forum as part of his ‘changing lives ‘ tour of the Greater Accra after having toured eight other regions over the past weeks.

The Volta region remains the only place he is yet to visit in the ‘changing lives’ nationwide tour.

The forum was attended by all party leaderships and parliamentary aspirants from all the constituencies of the Greater Accra Region.

President Mahama said both Presidents Rawlings and Kufuor were given second terms based on their performance explaining that he had also conducted himself well in terms of infrastructural development, social amenities and other services to merit another term.

On the forthcoming NDC Presidential and Parliamentary primaries, President Mahama called on the delegates to endorse him and candidates of their choice.

“I have no special parliamentary candidates as it has been making some rounds, and I want to state that they are all there in their own will and contesting on their own free will.”

The President said the expansion of the electorate college was a plus for the NDC to have full grassroots participation in the choosing of their leaders and so candidates who would be defeated in the forthcoming primaries should rally behind the winners to retain and capture new seats.

He said the NDC lost 22 seats to their opponents in the 2012 parliamentary polls mainly due to disagreements after the primaries and this should not be allowed to creep back into our current political situation.

He said he would rather endorse the candidature of people that would be selected to represent the party in the 2016 general election.

President Mahama appealed to all party members to be decorous in their campaign messages in order not to say things that would be used to arm their opponents during the coming general elections.

On development projects, President Mahama announced that the Greater Accra Region, though the national capital, would also continue to receive their fair share of the national cake.

He mentioned health facilities, water projects and roads as some of developments that would be dotted into the entire region, particularly in the rural areas.