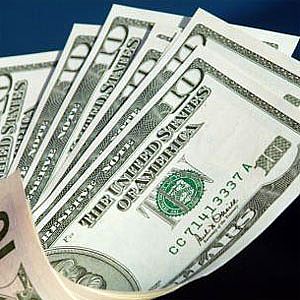 The Country Director of the World Bank Office in Ghana, Mr. Ishac Diwan has said Ghana will receive the next tranche of US$150 million budgetary support from the multilateral agency by middle of November.

In an interview with the B&FT, Mr. Diwan said the second half of the disbursement was predicated by government’s commitment to “hold the bull by the hornâ€.

He said that the multilateral agency required government to take certain actions some of which were to ensure that its budget was on track, prepare a financial recovery plan for the Electricity Company of Ghana, and the Volta River Authority as well as sending the Freedom of Information Bill, and Oil and Gas Bill to Parliament.

The amount is half of a US$300 million budgetary support from the World Bank.

He was hopeful that the amount would provide government the necessary momentum to put the economy in a better shape adding that the country has a big growth potential.

“A lot of foreign investors are showing in interest in Ghana now. Ghana is the most visible country in Africa.”

The Country Director noted that the biggest challenge confronting the Mills administration is stabilizing the macro-economic environment.

Mr. Diwan noted that at the core of the stabilization challenge is the need to reduce budget deficit from the high of 24%.

At the presentation of a supplementary budget of GHÂ¢253m (US$175m) to Parliament, the Minister of Finance and Economic Planning, Dr. Kwabena Duffuor surprised markets with the admission that the budget deficit, they inherited from the previous government at the end of 2008, previously estimated in the region of 14.5% of GDP, had in fact ballooned to 24.2% of GDP.

While the extent of debt arrears had long been in question, the revised budget estimates for 2008 exceeded even the most bearish of analyst forecasts.

Mr. Diwan estimated that it would take government two years to reduce the deficit which he described as record high and must not be repeated.

”There are arrears of unpaid bills, some arising from works that contractors have executed. Government has between 2009 and 2011 to resolve these challenges.”

He lauded government’s intention to persist with the effort to narrow the deficit further, to single digit.

The Country Director said government is on course regarding the tracking of expenditure and monitoring of projects.

“It used to be done manually, but now a new system is being re-created to ensure that the tracking is done electronically. This is important in a situation where public information is not available.”

He was hopeful that the country would come out of the woods judging from the performance of the government so far.

“Plans to scale agriculture in the country like the introduction of commercial farming, the opening up of both the Accra and Afram Plains, and the production and cultivation of cereals in northern Ghana are quite ambitious.”

On the question of whether the World Bank plays a major role in the decisions of government, he answered: “We influence policy more on the technical level, at the political level we are not involved.”