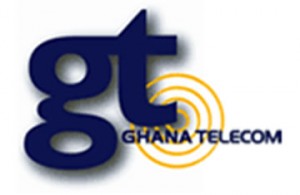 Contrary to reports that UK Company, Vodafone Plc bought 70% of Ghana Telecom (GT) for $900 million, it has been revealed that the country received a paltry Two Hundred and Sixty-six Million, Five Hundred and Seventy Dollars ($266.57m) in payment.

Former President John Agyekum Kufuor, whose government sold off the national telecommunications company, according to details in the report of the inter-Ministerial review committee on Vodafone, worked against the interest of Ghanaians.

â€œThe Committee also finds that the quoted price, through a series of complicated financial arrangements, led to the Government of Ghana (GoG) eventually realising only US$266.57million from the Sales and Purchase Agreement.

The Committee finds that the transaction was basically a sale of assets. GoG did not get value for money from the sale,â€ the report noted. Among the complicated arrangements, was the establishment of a $63million escrow account, out of which officials of Vodafone withdrew some funds they are unable to account for.

Details in the executive summary of the report made available to The Chronicle, shows that with President Kufuor taking over the negotiations, and sidelining the Transaction Advisers, Vodafone managed to grab the assets of GT, together with the national Fibre Optic backbone for a pittance.

The Committee found that GT was valued more by the Transaction Advisers and could have fetched a price much higher than the SPA price of $900 million for 70% of the Enlarged GT Group. Telecom S.A. offered $947 million for 66.67% of GT, and which did not include the fibre optic backbone.

Why the Kufuor administration snubbed the Telecom S.A offer and even refused to acknowledge their letters, while selling GT to Vodafone for cheap, is yet to be determined. It has, however, been confirmed that the former President was the lead negotiator with Vodafone, and concluded the deal without any input from a technical person, before inviting the Ministries of Finance and Communication to come and â€œmake the deal happen.â€

According to details of a meeting held on June 3rd 2008, and minutes of which are in the possession of The Chronicle, the Minister for Communication, Dr. Benjamin Aggrey Ntim informed the meeting that the deal had already been approved by a ‘higher authority.’

â€œThe work of the meeting was, therefore, not to engage in negotiations, but to draw the Sale and Purchase Agreement and also, consider what measures would be required to transfer the national optic fire backbone to GT,â€ the Minister is reported in the official minutes of the meeting.

The Minister, at the meeting, informed representatives from Vodafone and government officials that the meeting was just called to find a way of implementing decisions already reached by Mr. Kufuor.

The agenda for the meeting, which was attended by some junior staff of Vodafone and for the first time technical officers from the Ministries of Finance and Communications, was according to the minutes, provided by Vodafone.

President Kufuor’s meetings, according to other documents, were high level discussions, with the CEO of Vodafone Plc, Arun Sarin and other lieutenants. All these meetings were attended by the President alone, except on one occasion when his secretary, D. K. Osei was in attendance.

The inter-Ministerial review committee, chaired by retired Appeal Court Judge, Justice Emmanuel Akwei Addo, was established on May 18th 2009, to provide government with investigative analysis, as well as findings, conclusions and recommendations on numerous controversial issues surrounding the privatization of Ghana Telecom.