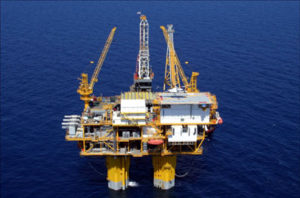 Ghana News: Tema, Ghana’s only oil refinery, received its first shipment of crude oil in 10 months on Sunday and is due to begin processing at the weekend, the worker’s union said.

“The first consignment has come — it’s 950,000 barrels from Nigeria — it came around 5 pm yesterday,” Albert Pinto, chairman of the workers union told Reuters on Monday.

Pinto said that Tema’s employees were carrying out tests on the crude ahead of the weekend’s planned restart.

The Tema plant has a capacity to process of 45,000 barrels per day but a huge debt burden had prevented it from buying crude since last December. Its operations slowed to a near standstill in February.

The refinery owed Ghana Commercial Bank, its main creditor, a total of $600 million in addition to some $60 million it owed to other service providers, including oil companies.

To help resolve the problem, the government appointed Pan-African bank Ecobank to help arrange a syndicated $600 million facility to refinance half of the debt owed to Ghana Commercial Bank and use the other $300 to strengthen the refinery’s balance sheet.

In addition, President John Atta Mills also struck a deal with Nigeria for the supply of 60,000 barrels per day.

Pinto said the new crude consignment stemmed from arrangements under the Ecobank transaction and the oil came from the open Nigerian supply market but the supplies from the government-to-government deal would follow later.

President Mills paid a visit to the refinery on Thursday after reports that workers were agitated about the prolonged shutdown and had planned to vandalise pipes in protest at what they say is the government’s failure to procure oil.

Ghana, which is a gold exporter and the world’s number two cocoa producer, is due to begin producing crude oil in late 2010.