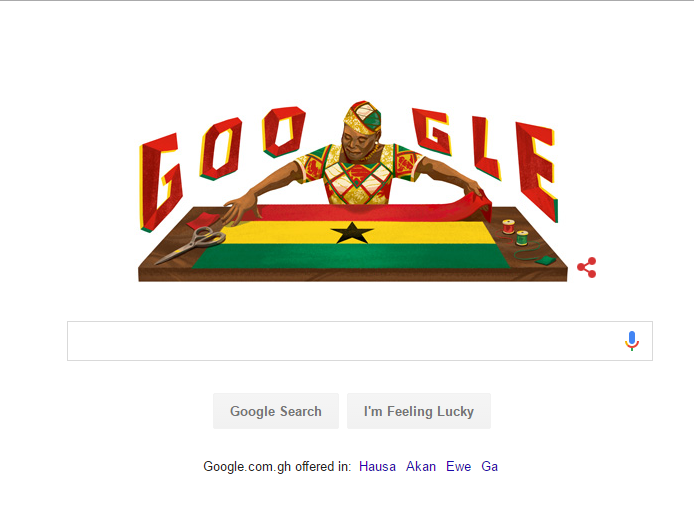 The Ghana Flag, designed by Theodosia Okoh in 1957 was adopted and reinstated in 1966. The flag is documented to be the second African flag after the Flag of Ethiopia. The iconic black star was taken from the flag of the Black Star Line – a shipping line incorporated by Marcus Garvey between 1919 to 1922.

Theodosia Salome Okoh (13 June 1922 – 19 April 2015) was a Ghanaian stateswoman, teacher and artist known for designing Ghana’s flag in 1957. She also played a leading role in the development of hockey in Ghana. 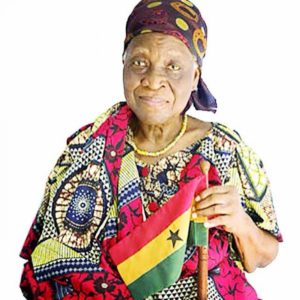 Theodosiah Okoh was born Theodosia Salomey Asihene on June 14, 1922 at Anum in the Asuogyaman District in the Eastern Region. She was the fourth of eight children born to the Rev Asihene. Growing up in a typical religious and royal family, she decided to leave an indelible mark in the hearts and minds of people right from her childhood.She had her elementary education at Asante-Akyem Agogo in the Ashanti Region. She later proceeded to the Agogo Presbyterian Training College to train as a teacher and taught all her lifetime.