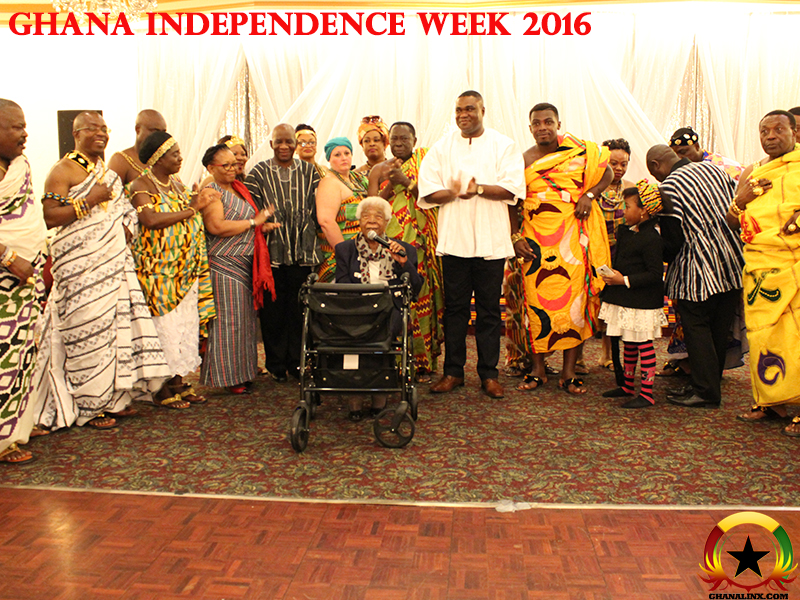 The Ghanaian Canadian Association of Ontario (GCAO) organized a glamorous dinner and dance to crown its week-long celebrations of Ghana’s 59th Independence Anniversary at the Toronto Plaza Hotel on March 13, 2016. The function which showcased the general theme for the celebrations in Toronto-“Uniting The Community In One Accord For Development” was very well attended by a cross-section of the Ghanaian Community as well as friends of Ghana. Those present included His Excellency Sulley Gariba, the Ghanaian High Commissioner to Canada and his wife, the Ghana Consulate in Toronto Hon John Bosco, Head of the Ahmadiyya mission in Canada, Chiefs and Queens, Ghanaian Pastors, Professional Associations, the youth and students from the Africentric School in Toronto among others. 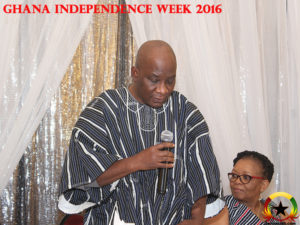 Speaking at the gathering, His Excellency Dr. Gariba, Ghana’s High Commissioner to Canada used the occasion to congratulate the GCAO for their untiring efforts of the executives of the umbrella organisation for Ghanaians in Ontario. He said, “since I arrived I have witnessed the incredible work they have done in lifting up the community and especially the name of Ghana!” H.E. then brought greetings from the President of Ghana, stressed the fact that at the age of 59 years our nation Ghana has just launched its journey of transformation. That, “Today as we celebrate our 59 years of independence we are at watershed where those of us who have lived to be more than 50 should be measuring whether or not the visions of our foundation as a nation have been fulfilled.” He was of optimistic that Ghana has a very bright future since it has over 80% of its population under the age of 60 to envision what the next 50 years of Ghana would be.

The Head of the Ahmadiyya Mission in Canada, who grew up in Ghana during President Nkrumah’s time brought felicitations to Ghanaians ,at the function.
The Secretary of GCAO, Mr. Duodu took time to explained the visions of the organisation in moving the community forward by helping the youth to succeed in the fields of endeavour, establishing resource center and eventually Ghana House where Ghanaians in Toronto could use for research and entertainment. 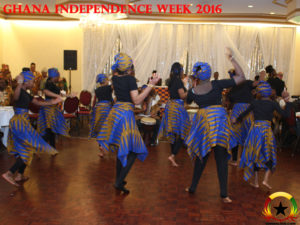 Highlights of the night included the display Ghanaian regalia and pomp by the Nananom, incredible cultural drumming and dancing by the students from the first Africentric school in Toronto, a poetry recital by Naana Yeboaa  and the dancing to the tunes of Ghanaian music as a moment of joy by the crowd.

The chairperson for the night was Nana Sasraku, known in private life as Dr. Martin La Kumi  of Toronto. The program was hosted Anna Aidoo and youth MC Ebone.
Awards were given by the President of GCAO, Wofa Yaw Nyarko, assisted by the High Commissioner to some deserving Ghanaian Churches and Media who have supported the organisation in its activities for the community.

What a great night it was!!!
By Joe Kingsley Eyiah