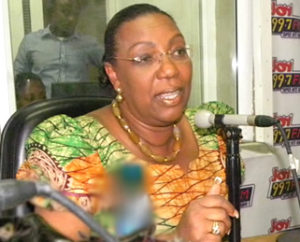 Mrs Betty Mould Iddrisu, Minister of Education, has affirmed governmentâ€™s resolve to invest massively in education at all levels in the country.

She explained that the country was endowed with vast natural resources and that it was necessary to invest also in the people to equip them with the requisite knowledge and expertise to ensure judicious use of state resources.

Mrs Iddrisu said this in a speech read on her behalf at the 48th anniversary and second speech and prize-giving day of the Agogo State Senior High School at a ceremony at Agogo in the Asante-Akim North Municipality on Saturday.

The day was on the theme: â€œProvision of Infrastructure in Senior High Schools-Motivation for Quality Educationâ€.

The Minister called for a shared responsibility by government and the citizenry in the provision of basic school amenities such as classrooms, libraries, among other facilities, and noted that that was the only way the increasing number of students could have access to quality education.

She charged students to justify the huge investment being made on them by studying hard because â€œin this global economy the most valuable skill one could sell is knowledgeâ€.

Mrs Iddrisu commended the founding fathers of the school for their vision, foresight and commitment, adding that the good seed they sowed had helped many to be educated for the benefit of the nation.

Nana Akuoko Sarpong, Paramount Chief of the Agogo Traditional Area, stated that the Traditional Council would not relent to support the school to help it to improve quality in educational delivery.

Mr Alexis Frimpong-Nimoh, Headmaster of the school, lauded the teaching and non-teaching staff for their commitment to duty which had sustained the school over the years. 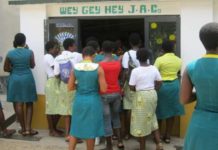