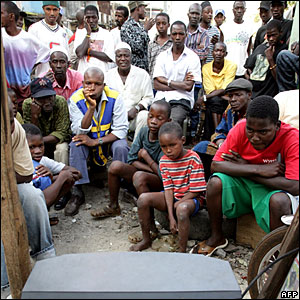 The Ministry of Information on Thursday expressed concern about the increasing spate of blunders that have characterised the coverage of major national events by the Ghana Broadcasting Corporation (GBC).

“The Ministry is of the view that the National Broadcaster, which is funded by the Ghanaian taxpayer, and has received major equipment retooling at considerable cost to the taxpayer should not be showing disregard to its viewers.

According to the Deputy Minister, the frequency of these blunders, especially Thursday’s failure to broadcast President Mills’ UN address left much to be desired.

“We have taken note of the fact that the live telecast of the UN General Assembly was not a decision taken at the last minute, but an event for which the Station has been planning for. Again, despite weeks of planning, GTV disappointed many Ghanaians and the international audience with poor picture and sound quality during US President Barack Obama’s visit,” it said.

The Deputy Minister noted that it was also the Ministry’s hope that the National Media Commission (NMC) was following developments at GBC.

The statement said the Ministry had invited the Management of GBC to a meeting on Friday, September 25, adding that it would be yet another opportunity to demand answers for the Corporation’s increasing failures.