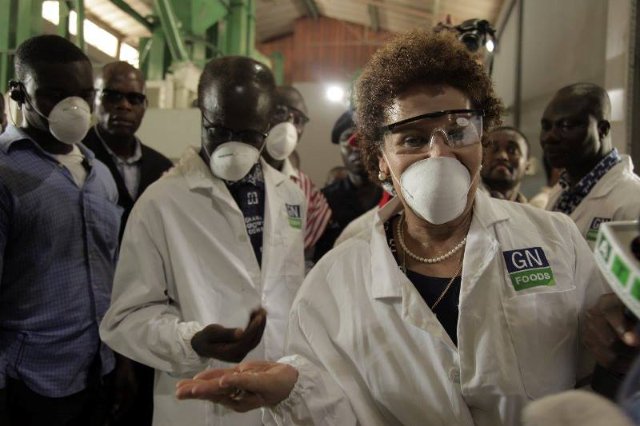 The Groupe Ndoum (GN) has commissioned a refurbished Rice Mill at Worawora in the Biakoye District of the Volta Region to process locally grown rice.

GN Foods, a subsidiary of GN, will engage some 5000 farmers in the Volta and Northern Regions to produce an estimated 600 tons of paddy rice annually to be milled.

Dr. Papa Kwesi Ndoum, Founder, GN, said the 1.2 billion US dollars Ghana spends annually on rice importation could be invested in other areas of the economy to create wealth for her citizens.

He called on rice farmers to work hard to produce good quality paddy rice to attract investment into the industry and make Ghana a major rice producing country.

He added that, his conglomerate [from media to financial services to industry] is known in the region, and that key managers hail from the area, making GN part of the region.

“The people of Volta region are hardworking people and are experts in their respective fields. They will make this Mill work,” he said.

“Imagine the jobs and development we are giving to America, Vietnam and Thailand. Our example should encourage other investors to emulate our example and in 4 to 5 years, all the $1.2 billion will stay in Ghana for roads, hospitals, schools and in the pockets of farmers.”

Dr. Nduom urged the workers to take their work seriously and announced that farmers will be readily paid for their produce with life insurance packages.
He encouraged other people to invest in the sector.

In an address, Dr. Nduom noted that, it was a great day for Worawora and Ghana, adding that the operations of the Mill will make the town more popular in Ghana.

Nana Owusu Afari, Nkosuohene of Biakoye Traditional Area said the rice mill was established in 1973 as part of General Kutu Acheampong’s ‘Operation Feed Yourself’ initiative and had since 2004 been supported by Non-Governmental Agencies.

He said GN’s investment through the Ghana Growth Fund has refurbished the factory, provided machinery and built the capacity of the farmers to increase productivity.